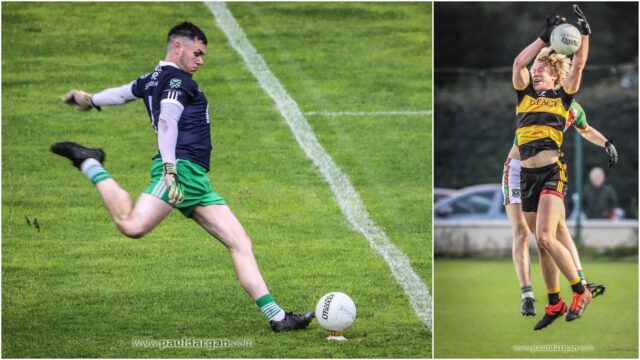 1 – The Heath hang on; Killeen bow out

The Heath’s 0-16 to 1-10 win over Arles-Killeen sends them through to the Laois SFC quarter-finals for the first time since 2016 and coming off the back of successive relegation battles, 2020 already represents a positive season for them.

As they can’t face Graiguecullen again, who beat them in Round 2, their quarter-final opponents will be Emo, Ballyfin or Portarlington. They won’t fear any of them and their well-balanced side – which had nine different scorers – will be confident of causing a shock in the last eight and reaching the semi-finals for the first time in a long number of years.

For Arles-Killeen, injuries certainly didn’t help their situation. Dermot Julian, who picked up a bad facial injury in their win over Arles-Kilcruise, was ruled out from the start while Enda O’Rourke and Ian Scully were forced off injured before half time.

A small panel was always going to struggle with losses like that but their senior status is safe for another year and they will welcome in some new young faces in 2021.

Relegation playoffs have become far too familiar for Stradbally and Arles-Kilcruise with Stradbally featuring this year for the fifth time in seven years and Kilcruise for the third time in four years.

But Stradbally are the ones that can breathe easily for now though they were forced to work hard for their win against a well-organised Kilcruise side.

After playing with the wind, Kilcruise were 1-4 to 0-6 up at half time, their goal coming from David Conway. But Stradbally slowly got on top in the second half with Garry Comerford’s goal the turning point. He finished with 1-6 while a late strike from Darragh Carolan sealed a 2-9 to 1-6 win for Stradbally who were massive 1/20 favourites before the game.

Kilcruise now play Courtwood in the relegation decider with the losers dropping to the intermediate grade for 2021.

For the fourth time in five years, the Laois Ladies SFC final will be contested between Sarsfields and Portlaoise after they won their respective semi-finals on Saturday.

Portlaoise, who have been very impressive all year, were far too strong for St Brigid’s with a 5-14 to 0-7 win while champions Sarsfields were pushed all the way by St Conleth’s and had the heroics of goalkeeper Becky Williams to thank for keeping them in the championship.

Having won all before them at underage level, can Portlaoise now step up and win their first ever senior title? Or will Sarsfields claim an historic eighth title in a row, something which has never been done before in Laois. Their seven-in-a-row last year equalled the record of the fine Heath team of the 1980s.

4 – Timahoe on top to send Annanough down

Timahoe’s intermediate status for another year is safe after they recorded a 0-16 to 1-10 win over fellow parishioners Annanough in Crettyard.

Despite playing against the wind, Timahoe led 0-5 to 0-0 at the first water break and it was that fast start that laid the foundations for the win.

Points from Damien McCaul and a goal from Elliott Scully helped Annanough to a 1-4 to 0-5 lead at half time and they went four points up early in the second half and it could have been more had a Scully goal not been disallowed.

But Timahoe replied by kicking nine points in a row to take control with Ruairi O’Connor, Sean Ramsbottom, Martin Bergin, Mark O’Connell and Brendan Quigley all on target.

It’s Timahoe’s second year in a row to win the intermediate relegation final while for Annanough it’s their second time in four years to make the drop. They’ll be hoping they can bounce back straight away, just as they did in 2018 when they won the junior title at the first attempt.

Speaking of junior, six of the eight quarter-final places are now confirmed after Saturday’s action.

St Joseph’s had 12 points to spare over neighbours Barrowhouse in a game that they had to win to go through. Barrowhouse, however, also join them ahead of Camross on scoring difference.

Park-Ratheniska’s big win over The Harps also sends them through in first place while The Harps lose out and last year’s beaten finalists Castletown go through.

Portlaoise and Ballyroan-Abbey are also through while the final two places will be decided this evening when The Heath host Portarlington.

Rhode, who are managed by former Portlaoise player and manager Malachy McNulty, are through to the Offaly senior final though they needed extra time to get the better of Edenderry.

And there could be a Laois manager on both sidelines if Sean Dempsey’s reigning champions Ferbane beat Tullamore today in the second semi-final.

In Kildare, Billy O’Loughlin’s Sarsfields side continued their quest for back-to-back titles as they were comfortable 2-14 to 2-6 winners over Raheens in the quarter-final. Moorefield beat Johnstownbridge in yesterday’s other quarter-final.

The remaining quarter-finals take place today where Round Towers meet Athy and Celbridge take on Clane.