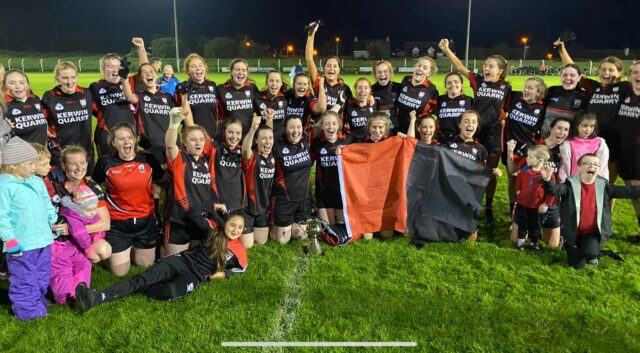 A strong finish from Shanahoe was the difference in Portarlington tonight as they scored the last four points of the game to pip Park-Ratheniska at the post.

Led by Mary Griffin, formerly Kirwan, the 2006 senior champions are back at the top table following a dramatic affair.

Park-Ratheniska, who are playing without the injured Erone Fitzpatrick this year, must’ve thought they had the game won with seven minutes of normal time to play when sub Aoife Daly kicked them three points clear.

But they lost Aoidean Delaney and Trish Fogarty to sin bins in the closing stages. While Shanahoe also lost Jeanne de Tootquet to the same fate, that only happened in the second last minute of the half and the numerical advantage Shanahoe had allowed them to draw level at that point.

Delaney returned in injury time to leave it 14 on 14 for the six minutes of that where Mary Griffin kicked what would prove to be the winner.

Park-Ratheniska had a late chance to force but Anna Healy’s shot hit the upright and the rebound was blocked as Shanahoe held on.

Shanahoe went into the game without Alice Walsh but they opened the scoring through a Griffin free.

Park-Ratheniska responded though with points from Ailbhe Griffin and Laura Crawford to take the lead for the first time after 7 minutes.

But the game’s first goal arrived a minute later and it came from Shanahoe. Mary Griffin burst through the heart of the Ratheniska defence and fisted the ball to Aoife Finlay who buried it into the net.

They almost had another goal before the first water break when Griffin’s shot fell short and an almighty scramble ensued but Ratheniska just managed to clear it.

Mary Griffin increased the lead further with a free and she added another before half time but Ratheniska began to gain a real foothold in the game.

Rachel O’Connell, Laura Crawford and Laura Hyland all popped up with scores to leave it 1-3 to 0-5 at half time.

Ratheniska picked up from where they left off in the new half as Rachel O’Connell levelled the game before she scored Ratheniska’s only goal.

It was O’Connell again as her shot from the 14 metre line looped over Shanahoe keeper Eimear Barry and found the top corner of the net.

Shanahoe were shell-shocked but they responded well through Mary Griffin and Lisa Dunne only for Ratheniska to step on the gas again.

Rachel O’Connell and sub Aoife Daly left them 1-8 to 1-5 ahead with 53 minutes on the clock.

But then referee Mick Tarpey brandished yellow cards to Aoidean Delaney and Trish Fogarty in separate incidents and that tipped the balance back Shanahoe’s way once again.

Kate Jacob, Lisa Dunne and Laura Finlay all pointed to level matters before veteran Mary Griffin won it in the fifth minute of injury time.

Shanahoe will return to the senior ranks in 2021 while Park-Ratheniska must go again at the intermediate grade again next year. 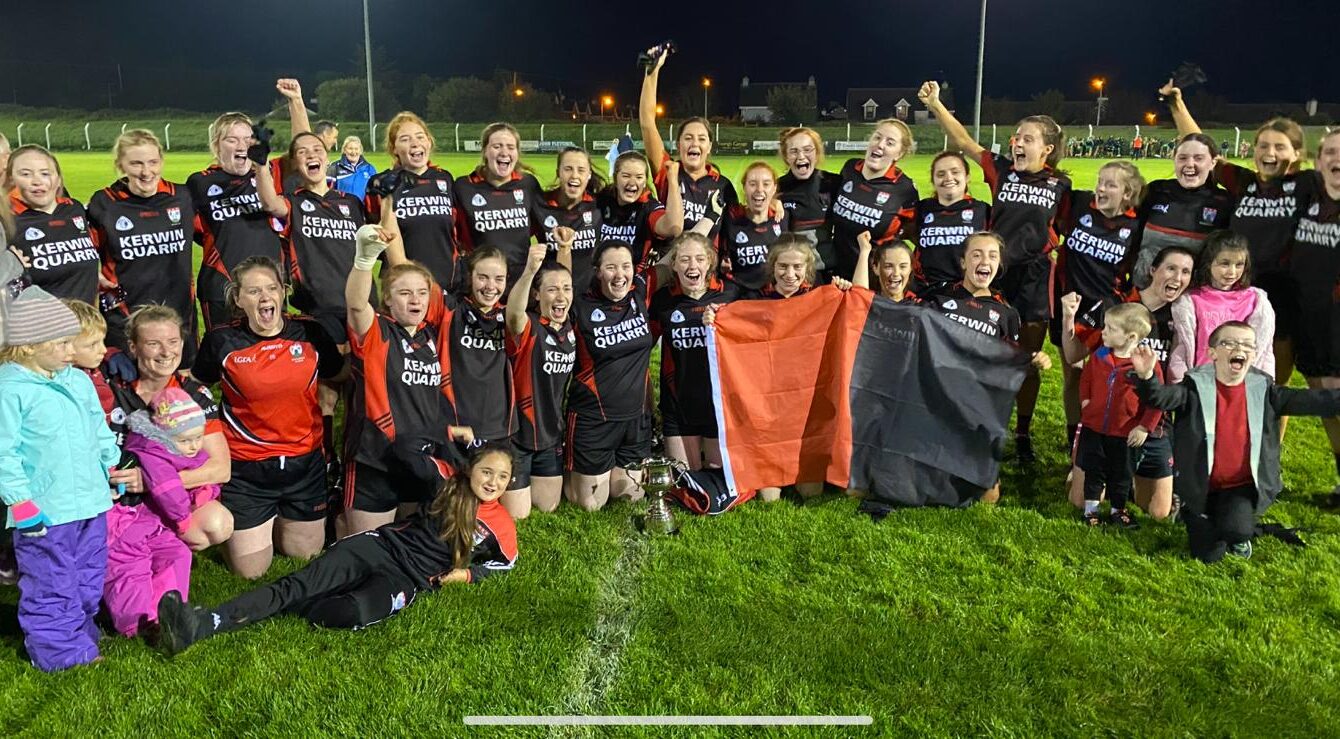