Portlaoise’s eight year wait for a Minor title goes on as Ballyroan-Abbey stunned them in the final quarter to claim their second crown in three years.

Their 47-year minor famine was ended in 2017 and now they have done it again as they won a game, that was extremely close for 45 minutes, in some style.

Portlaoise dominated possession for large portions of the game but they failed to turn that dominance of the ball into scores and that ultimately cost them in the end.

They played with the wind in the first half but actually went in at the break trailing and it was always going to be difficult from there.

The game was low scoring throughout as both sides largely cancelled each other out and defences were definitely on top.

Sam Quinn excelled for Ballyroan-Abbey throughout at corner back while Ben Reddin did likewise in defence for Portlaoise.

It was Ballyroan-Abbey who opened the scoring through Alan McWey but they would not score again for 28 minutes.

They struggled to get their hands on the ball from their kick-out and had to defend gallantly to limit Portlaoise and force them into taking shots from difficult angles.

Michael Culliton levelled matters a minute after McWey’s opener and he did had a great goal chance when he was set up by Kieran O’Donnell but his effort from a tight angle just went wide.

Despite that, Portlaoise did kick on with Kieran O’Donnell landing a brace of frees as Liam Óg Brennan and DJ White chipped in with efforts to move them 0-5 to 0-1 ahead after 28 minutes.

But then from nowhere, Ballyroan-Abbey turned the game on its head. It all started from Odhran Delaney who kicked a point after a quick Davin McEvoy free.

And then they grabbed the game’s first goal. Rathdowney native Padraig Rafter burst down the wing and centred the ball where Aaron Brennan pulled on it soccer style from 20 yards and it sailed into the bottom corner of Conor Brown’s net.

Lawson Obular then added a point and all of a sudden Ballyroan-Abbey were ahead – 1-3 to 0-5 at half time.

The second half began in a similar fashion to the first with Portlaoise dominating possession but failing to turn that into scores.

They had another goal chance after 34 minutes when a slip from Matthew Gibney left Kieran O’Donnell one-on-one with keeper Conor Collins but he went for power and his shot just whistled over the bar.

That levelled the game but it would prove to be Portlaoise’s only score of the half.

Padraig Rafter gave Ballyroan-Abbey a lead they would not relinquish after 40 minutes and Aaron Brennan landed a free to kick them two clear at the water break.

Portlaoise’s shooting continued to let them down as DJ White was wayward with two frees and Ballyroan made Portlaoise pay as Alan McWey and Lawson Obular put them 1-7 to 0-6 ahead with five minutes to go.

Portlaoise needed scores but instead Ballyroan midfielder Davin McEvoy curled over two more points before they made the game safe as we entered injury time.

Odhran Delaney picked out substitute Ben McDonald with a lovely pass and the lively forward smashed the ball into the net to leave nine between them at the finish. 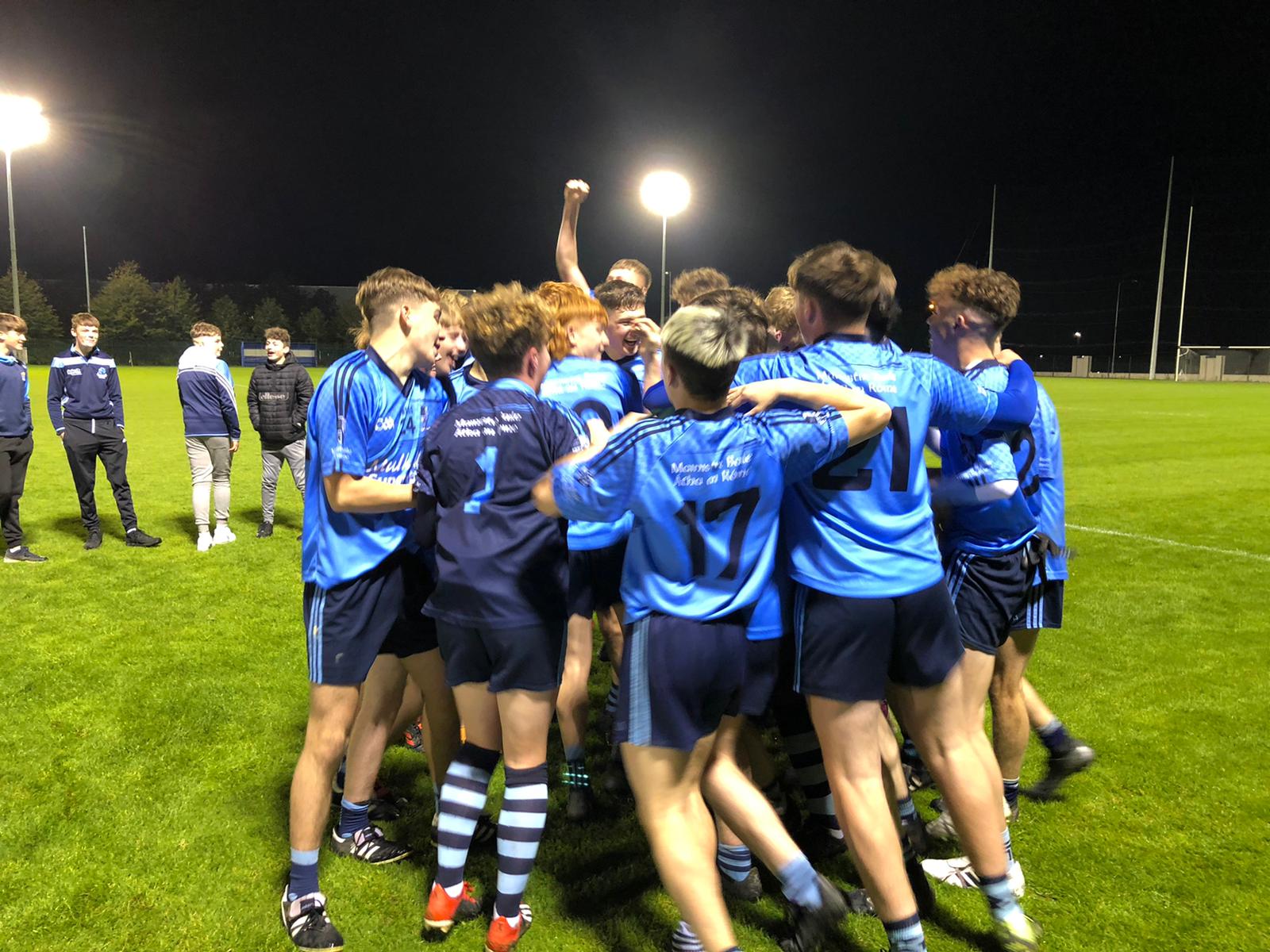 SEE ALSO – In Pictures: All the best photos as Culture Night a huge success in Laois