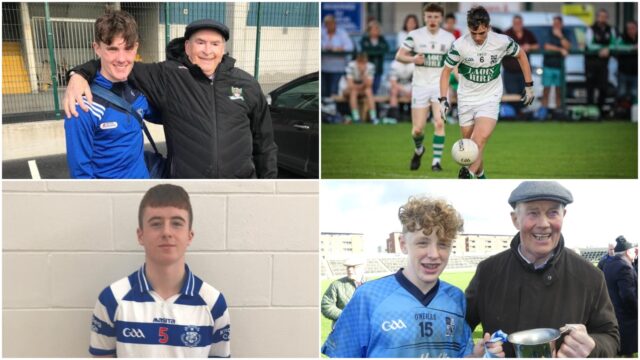 Tonight sees the conclusion of the minor football championship as the two sides who have dominated this age grade over the years go head to head once again.

Portlaoise were victorious when they met in the Feile final in 2017 as DJ White’s goal was the difference.

But it was a different story a year later when the sides clashed in the U-15 final and Ballyroan-Abbey prevailed on a score of 1-11 to 1-5.

So this game tonight in the LOETB Centre of Excellence will complete the trilogy and it is set to be a keenly contested affair.

Both sides breezed through their groups and Ballyroan-Abbey continued that form in the semi finals by thumping Na Fianna Og.

Davin McEvoy, Odhran Delaney and Shaun Fitzpatrick are all on the Laois minor football panel while Lawson Obular and Sam Quinn are with the minor hurlers.

They have also brought in Rathdowney teenager Padraig Rafter as he was permitted to transfer as an isolated player as his club did not enter a team this year – and he is an excellent footballer with a serious engine who carries a genuine scoring threat.

Portlaoise also topped their group and then had an almighty tussle with Graiguecullen in the semi final before producing a fine second half to win.

The half back line of Reddin, Dempsey and Hogan is the engine of their team and how dominant they are will likely determine the outcome of the game.

This is Ballyroan-Abbey’s third consecutive minor final and they will be hoping for a second success after losing to Emo-Courtwood last year.

Portlaoise have not won a minor championship since 2012 and while this will be close, that wait may go on.

A rather novel pairing in Annanough tonight sees Ballylinan and Rosenallis contest the Minor ‘B’ football crown.

Ballylinan have got to this final by coming through a number of very tight contests.

They topped their group after defeating Park-Ratheniska, Killeshin and Kilcavan-The Rock by small margins to qualify them as group winners for the last eight.

That closeness continued as they defeated Mountmellick by 2-9 to 1-11 in the quarter final before a 2-10 to 0-7 victory over Stradbally Parish Gaels proved to be their biggest winning margin on their run.

As for Rosenallis, their path through the group was very straight forward. They received a walkover from The Heath before thumping O’Dempsey’s to top the group.

They received another walkover in the quarter finals from Portlaoise B and then got the better of neighbours Clonaslee in the semi finals – which was a repeat of the U-15 ‘B’ final from 2018.

Ballylinan have some real quality in the likes of Jesse McEvoy and Michael Downey while they also have some very promising U-15s on their panel – none more so than James Walsh.

Rosenallis though will be favourites to claim victory tonight.