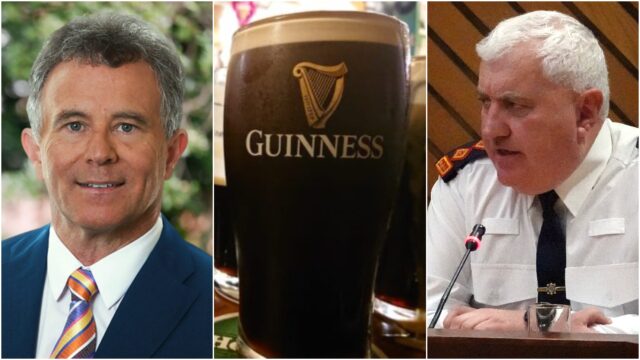 John Scanlon, the Chief Superintendant of the Laois-Offaly-Kildare Garda Division, says the utmost faith in the publicans of the region to adhere to the Covid regulations now that they are allowed to re-open.

The pubs that didn’t served food were closed for over six months but have been allowed to open again since last Monday with a number of regulations in place.

Speaking at last week’s Joint Policing Commission, Chief Superintendant Scanlon said that he had “great faith in the publicans and the people” to ensure the safety of customers and staff.

“And those that don’t will be dealt with accordingly.”

He was responding to a question from Laois-Offaly TD and Junior Minister Sean Fleming, who called for a zero-tolerance policy on illegel ‘shebeens’ that may be in operation and had become more widespread in recent months.

“It’s a good time for small rural pubs that they can re-open,” said Deputy Fleming at the meeting.

“I hope that these venues, if they’re still operational, be closed as soon as possible to allow the pubs to trade normally.

“There is no control from a whole lot of points of view to these shebeens.”

However, Superintendant Anthony Pettit said that they had acted on “each and every occasion” when they had received reports of breaches.

“There were a number of reports of pubs open and of that type of setup (shebeens) and parties and we acted on each and every occasion.

“We’re all glad to see the pubs open and inspections will be carried out to support the pubs and make sure they are a safe environment.”

Chief Superintendant Scanlon said that there was no “real evidence” of shebeens on a significant scale and that there has been “huge compliance” from the Laois public over the past couple of months.