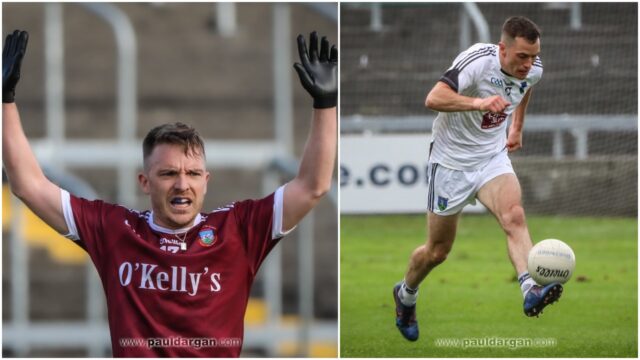 Arles-Kilcruise and Courtwood face a battle for their lives tonight in the senior football championship relegation final.

Both of the teams come here on a streak of three straight defeats – with some fairly big beatings thrown in there too.

Gary Kavanagh’s Courtwood made a dreadful start – shipping seven goals against a ruthless O’Dempsey’s and while they have been more competitive since – they’ve gone down subsequently to Killeshin and Rosenallis.

Lar Wall’s Kilcruise haven’t fared any better and went down to The Heath in round one before being well beaten by neighbours Killeen in Round 2.

They were much improved against Stradbally but ultimately ran out of steam in the final quarter to end up here.

Courtwood are decimated with injuries and now suspensions have further weakened their team.

From the side who went out to Ballylinan last year in Round 3, they could be down as many as seven players.

Barry Donnelly (abroad), Rory Doyle and Niall Dunne (both injured) are definitely going to be absent while Luke Doran and Alan Kinsella are both set to be suspended following red cards against Rosenallis.

While there are injury concerns over Conor Hogan and Matt Kelly also.

Arles-Kilcruise have been without Padge Conway and Colm Munnelly throughout this campaign and it would be unlikely that either would return for this final.

But the players who played against Stradbally should all be available again and if they drop Alan McLoughlin and JP Conway in as sweepers once again, they will be difficult to break down.

Kilcruise were in the relegation final before where a very late Ross Munnelly penalty got them out of jail and relegated Mountmellick back in 2017.

They have the experience of winning these games and although the bookies have Courtwood as overwhelming favourites, perhaps Kilcruise can cause a shock.