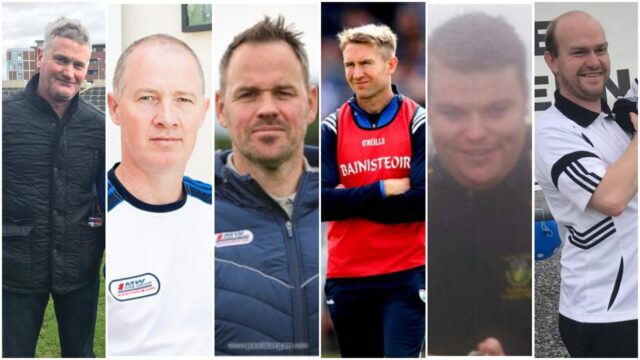 With club activity now suspended until further notice, attention now turns to the only GAA show in town – inter-county.

There are seven Laois teams who are due to be in action from later next week.

Below, we examine all of them and outline their fixtures.

The Laois footballers have two league fixtures to face into when they return to competitive action next week.

In a highly competitive Division 2, Laois are still in with a chance of promotion – but not yet clear of relegation.

They will play two away league games – to Westmeath on October 17 and to Fermanagh on October 24.

However, there is now considerable doubt over whether that Fermanagh game will even go ahead as training in the Ulster county has been ‘suspended until further notice’.

In a statement yesterday, they said: “In order to prevent any further spread of this virus, and to protect the health of all those involved and the wider community, all collective activities involving the county’s senior football, senior hurling and minor football panel are suspended until further notice.

“At this stage, we are following advice from the Public Health Agency on dealing with this matter.”

Regardless, there will be no league finals this year; instead the top two teams will be promoted and the bottom two relegated.

Because Laois have a bye to the Leinster quarter-final, they will have a week off before playing the winners of Louth and Longford on November 8.

If they win that they will more than likely meet All Ireland champions Dublin in the Leinster semi-final, assuming Dessie Farrell’s side get the better of Westmeath.

In a much-shortened season, the Laois hurlers will meet Dublin in the opening round of the Leinster championship in what will be a repeat of last year’s thrilling All Ireland Qualifier in O’Moore Park, which Laois won.

That game will take place on October 24 at 6pm. Although a venue has yet to be confirmed, the game will be shown live on Sky Sports.

Should Laois win that game, then they will face a short turnaround before playing Kilkenny in the Leinster semi-final a week later. Galway and Wexford are in the other semi-final.

With the round robin system scrapped in the provincial hurling championships, there is a return to the Qualifier system previously used so should Laois lose either against Dublin or Kilkenny, they would go into the Qualifiers along with the other six teams that don’t reach the Leinster or Munster final.

The All Ireland hurling final is down for decision on December 13.

In the U-20 hurling championship, Laois had originally been drawn against Westmeath but, after Covid-19, this has now been changed.

Enda Lyons’ charges will now take on Carlow in Round 1 instead.

The winners will progress to the Quarter Finals where they will face Galway. This is a straight knock-out competition so lose and you are out.

The Laois minor footballers, who are managed by Mark Bates and captained by Park-Ratheniska’s Simon Fingleton have received a bye through Round 1 of Leinster.

Instead, they will face Carlow in a quarter final with the winner playing either Dublin, Meath or Westmeath in the semi final.

The Leinster minor hurling championship was originally to be played in a tiered structure with Laois in A2 alongside Offaly and the winners of Meath and Carlow.

However, instead Laois will play Offaly in Round 1 with the winners facing Kildare or Antrim in a quarter final.

If Liam Dunne’s side win those games, they will then take on Dublin, Westmeath or Carlow in a semi final.

Like the minor football, this is also being run on a knock-out basis.

In the Ladies, the leagues have been abandoned so Donie Brennan’s charges can now fully focus on the championship.

They are in Group 4 of the intermediate championship alongside Sligo, Clare and Kildare.

They will begin against Sligo on the weekend of October 31/November 1.

They then play Clare and Kildare in the weeks that follow with the times and venues for those games yet to be confirmed.

The top team from each group will contest the All-Ireland semi final on the weekend of November 21/22 while the All-Ireland final has been pencilled in for Croke Park on Sunday December 20 – a double header with the senior final.

The Laois camogie team began this year with a real hullabaloo as initially, they pulled out of all competitions, citing player unavailability.

Kieran Delaney stepped down as manager and for weeks it looked like there would be no team at all.

However, a resolution was found at the end of January. The team, under manager John Desmond and selectors, Conor O’Leary, Joe Conroy and Ciara Carroll, competed in a few league games before the shutdown.

For the All-Ireland intermediate championship, Laois have been drawn in Group 1.

They begin away to Kildare on October 24 before hosting Galway and Dublin in the weeks that follow.

The top team from each group will reach the semi finals and they will be played on November 21 with the final taking place on December 5.