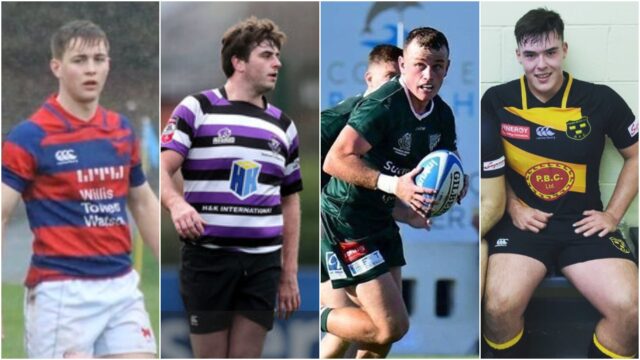 While the local junior club rugby season has been paused because the country has moved to Level 3 restrictions, senior club games have been allowed to proceed.

The All Ireland League, for the first half of the season, has been moved to a regional basis and renamed the Energia Community Series with two conferences in Leinster, Munster and Ulster and one in Connacht.

Portlaoise’s Conor Kelly was outhalf and on kicking duty for Clontarf as they recorded a big 34-7 win over Naas while another former Portlaoise player, Bryan Croke, came off the bench for the Kildare side.

There were two Laois players involved for Terenure in their narrow loss to league leaders Dublin University.

Ballacolla’s Liam Hyland was in the front row while Craig Adams, who played underage with Portlaoise and schools with Kings Hospital, was on the wing. Adams played with Naas last season in his first year out of school.

Finbarr Crowley from Emo came off the bench for Lansdowne in their 13-10 win away to St Mary’s. That result means Lansdowne, who had a bye on the opening weekend, have won their two games to date, having also narrowly beaten Old Wesley last weekend on a 29-27 scoreline.

The long-serving Rory Stynes was involved with the Old Wesley team that had a 30-18 win over Old Belvedere while Will Reilly from Ballyfin was with the NUIM-Barnhall team that moved up to second in Conference 2 thanks to a huge win over Skerries.

Also in Leinster Conference 2, Gary Cantwell from Attanagh, a former Kilkenny College player, has been featuring with Tullamore.

In Munster, Robin Foot from Shanahoe has moved back to Cashel having spent the last couple of seasons with Portlaoise.

They are playing in the higher level Conference 1 and though beaten by Cork Con yesterday, they did record a win over Shannon in the opening round when Foot was among the try scorers.

Mikey Doran from Camross is with Young Munster who have won all three games in the Munster Conference 1. The young prop came off the bench again on Saturday as they were 27-15 winners over Limerick rivals Garryowen.

Luke Rigney from Portlaoise has featured with Shannon while Ballyfin’s Luke Kerr has also been involved with UCC and they shared the points with Old Crescent on Saturday in a 26-all draw.

In the Munster Conference 2, Tipperary man Paudie Bourke, who captained Portlaoise last year, has moved back closer to home to play with Nenagh.

Bourke, a teacher in Portlaoise who has been heavily involved in the local Cumann na mBunscol scene, is prop on the Nenagh side who are now top of the table after three wins from three.