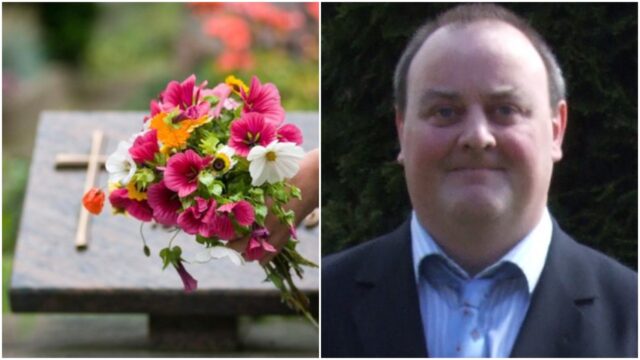 There is deep sadness in Timahoe following the passing of John Dalton.

Mr Dalton died on Thursday, October 15, at the young age of 50 following a short illness.

Tributes poured in following the news of John’s passing – with his local GAA club, Timahoe, calling him ‘the quintessential club man’.

The Dalton family are immersed in the local community and John was no different – he was goalkeeper on the club’s team that reached the 1988 senior football final and held a variety of roles in the club over the years.

“Timahoe GAA and the whole Timahoe community woke up this morning to hear the very sad news of the untimely passing of one of our club’s very loyal servants, John ‘Bear’ Dalton,” said the club in a statement.

“John passed away peacefully this morning after a very short illness, surrounded by his family.

“John was in every respect the quintessential ‘club man’.

“Playing from juvenile and schools right up to senior, both outfield but probably most remembered as a goalie for his club, and also played at County level.

“He then went on to fulfil most roles in the club as a groundsman, he was part of management team and up to two years ago as Secretary of the club.

“He will be sadly missed by the club and so will his wry wit and humour.

“Timahoe Gaa would like to offer our deepest sympathy to his parents Johnny and Catherine and to all his brothers and sisters and the wider Dalton family.

He said: “The loss of John is a devastating blow to everyone here in the community of Timahoe.

“John was an incredibly hard working and life long servant of Timahoe who was involved at all levels of the GAA.

“He went about whatever he was doing in a diligent fashion and he never looked for any praise or thanks from anyone.

“He had a great sense of humour and will be dearly missed by all who knew him.

“My deepest condolences go to Johnny, Catherine and all of John’s family.”

Given the current exceptional circumstances and to protect the welfare of everyone who knew him, a private funeral, with immediate family only, will take place at 2pm on Friday in St Michael’s Church, Timahoe.

Burial will follow afterwards. Family flowers only, donations if desired to the Irish Cancer Society.