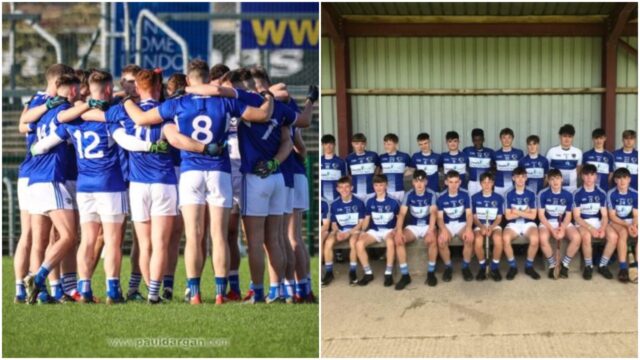 The Laois senior footballers and minor hurlers are both in action at 2pm today and here we will take a more in depth look at both games.

The Laois footballers last played seven months ago against Kildare and their team shows eight changes from that day.

Out of the team come Gearoid Hanrahan, Sean Byrne, Damien O’Connor and Colm Murphy who are no longer on the panel while Sean O’Flynn, Paddy O’Sullivan, Eoin Lowry and Ross Munnelly don’t start either.

In to their places come Eoin Buggie, Colm Begley, Mark Barry, Brian Byrne, Diarmuid Whelan and Gary Walsh – along with Gareth Dillon and Alan Farrell who joined the panel in recent weeks having not been previously part of it.

It will be a first senior start for Ballyroan-Abbey forward Whelan.

This is the fourth meeting between Laois and Westmeath in the last 16 months.

But Laois edged them out in the most recent meeting which was last year’s Leinster quarter final in Tullamore.

How did the two teams get on in the earlier rounds?

Laois and Westmeath have an almost identical record with two wins, a draw and two defeats each to both sit on eight point – and both have a -8 scoring difference.

Laois drew with Roscommon in their opening game and then beat Armagh to get off to a good start. They then lost to Cavan, beat Clare and lost to Kildare.

Westmeath lost to Cavan and Roscommon, drew with Armagh but beat Fermanagh and Clare.

What will happen after this?

If Laois win, they will have a chance to gain promotion to Division 1 when they face Fermanagh in their final game next week.

But if they lose, they will be dragged into a relegation dogfight with Clare, Kildare and Fermanagh – two of which will drop.

Clare host Fermanagh in Ennis with a number of Fermanagh players only ending their period in self-isolation today after 11 of their panel were struck down with the virus. Armagh host Roscommon and Kildare play Cavan.

Patrick Maguire of Longford is the man in the middle for this game. He officiated Laois’s U-20 Leinster final defeat to Dublin back in March.

2pm on Saturday, October 17 in TEG Cusack Park, Mullingar. The game is behind closed doors so fans are not permitted.

We’ll be live-blogging the game on LaoisToday.ie. You can also watch the game on GAA Go while Midlands 103 will have commentary.

Laois minor hurling boss Liam Dunne named his starting 15 for the opening round of the Leinster hurling championship last night.

The Laois side contains three of the team that lost in the Leinster quarter final to Wexford last year.

Lawson Obular, David Dooley and Noah Quinlan are still eligible this year. Obular is county champions Abbeyleix’s only representative on the starting 15.

Defeated finalists The Harps have two players on the starting 15 – Cathal Murphy and Cody Comerford – who is the brother of Laois seniors Ciaran and Daniel.

Man of the match from the 2018 Laois minor final, Cillian Dunne, starts at full forward and he is one of three Clough-Ballacolla players on the teams.

While Rosenallis have the highest representation with four – including Dooley brothers David and Diarmuid.

Offaly have not yet named their team.

What will happen next?

This is a straight knock-out competition so if Laois lose, their journey for this year is over.

But if they win, they will take on Kildare or Antrim in the quarter finals of the competition.

We’ll be live-blogging the game on LaoisToday.ie while Midlands 103 will provide updates.

No fans are allowed but it will, however, be streamed live by Leinster GAA – and can be accessed on this link.