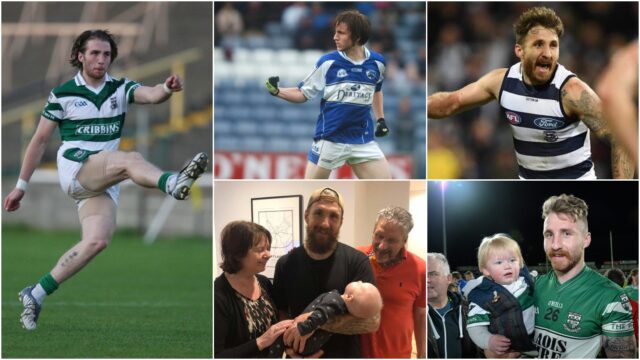 Laois man Zach Tuohy will line out for Geelong in the Australian Rules Grand Final this Saturday when they take on reigning champions Richmond in the Gabba Stadium in Brisbane.

In a normal year the final would have been held in the MCG in Melbourne but it has been moved out of the city for the first time since 1901 due to the Coronavirus restrictions.

30,000 supporters will be able to attend in Brisbane but unfortunately Zach won’t have all of his family in attendance.

On this week’s podcast we’re joined by his parents Noel and Marie and his sister Naomi to chat about what it was like for them when Zach moved to Australia and how proud they are of his achievements.

We also have the view from Geelong with Greg Dundas from the Geelong Advertiser newspaper joining us on the line to tell us how respected Zach is in the AFL community and how the celebrations might be handled if Geelong win.

Laois footballer Colm Begley – who played AFL for four years – joins us to recall his experience in Australia while Zach’s former Laois and Portlaoise team-mate Kieran Lillis reflects on their years playing together at underage and senior.