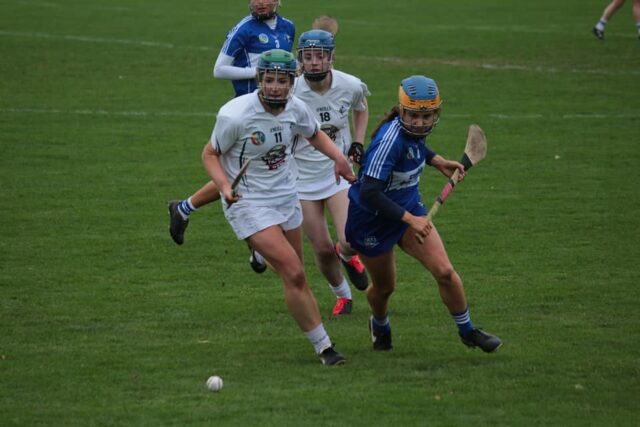 Where Laois go from here or who they will play remains uncertain – but John Desmond’s side won’t care one jot at the minute following their huge victory over Kildare yesterday.

Laois travelled to Hawkfield yesterday and emerged 16 point winners over the Lillywhites.

Both teams were supposed to be in Group 1 alongside Dublin and Galway’s second strings but they have been removed from the competition.

So too have Kilkenny, Cork and Tipperary – leaving eight teams remaining.

It is understood that the plan is to form two groups of four with the top two teams from each group playing in semi finals.

And as the results from this weekend’s games will count, presumably whoever plays each other will be in the same group when the restructure is made.

So that would mean that Laois and Kildare will either be placed in a group with one of the remaining three pairs – Kerry/Meath, Down/Derry or Antrim/Carlow.

Details on all of that will become clearer next week but this game was a close encounter up until the first water break.

Niamh Hegarty and Kirsten Keenan traded early goals as Laois led 1-4 to 1-3 at the end of the first quarter.

But with Clodagh Tynan accurate on frees, Laois began to pull away and held a 1-8 to 1-3 advantage at half time.

And they continued in that vein in the second half. Substitute Joan Dollard bagged a goal while so too did Joyce Doyle and Keenan helped herself to a second.

Aisling O’Dea, Liaden C-Fennell and Jessie Quinlan were among the point scorers too as Laois ran out comprehensive winners in the end.

A really positive start from this team and they must now await the decision of the Camogie Association to see who they will face next weekend.