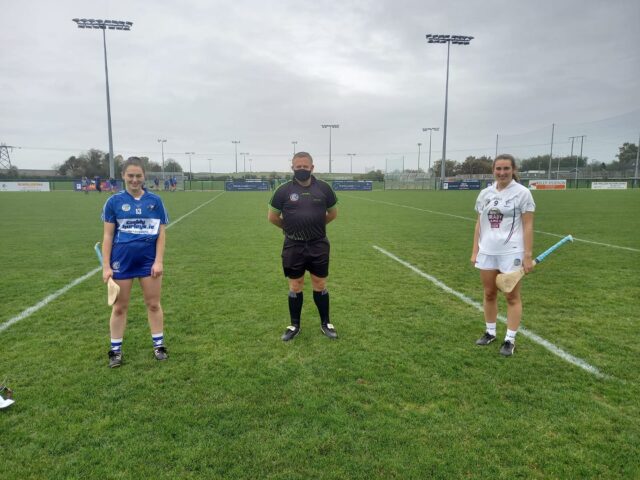 The Laois camogie team’s path through the remainder of the intermediate All-Ireland championship has become clear after the Camogie Association restructured the competition.

A meeting of Ard Comhairle has opted to change the structure of the competition to knock-out with a backdoor.

The competition was to involve four groups with a mix of first and second teams.

Dublin, Galway, Kilkenny, Cork and Tipperary were due to field second teams in this competition but following government guidance, the Camogie Association have been forced into changes.

Those teams have been forced to withdraw leaving eight counties remaining.

With a handful of group games already after taking place, the Camogie Association has opted to go for knock-out rather than two groups of four – with previous results standing.

Laois, Down and Antrim won their Round 1 games against Kildare, Derry and Carlow respectively while Kerry and Meath are yet to play.

That game will take place this weekend but the rest of the competition has been predetermined regardless.

Laois will face Down in Round 2 Winners Section with the victor of that game going straight into the All-Ireland semi finals.

But the loser will not be eliminated and will instead play a quarter final against the winner of the game between Carlow and either Meath or Kerry.

John Desmond’s charges enjoyed a huge win over Kildare in Round 1 at the weekend.

Niamh Hegarty and Kirsten Keenan traded early goals as Laois led 1-4 to 1-3 at the end of the first quarter.

But with Clodagh Tynan and Kirsten Keenan accurate on frees, Laois began to pull away and held a 1-8 to 1-3 advantage at half time.

And they continued in that vein in the second half. Substitute Joan Dollard bagged a goal while so too did Joyce Doyle and Keenan helped herself to a second.

Aisling O’Dea, Liaden C-Fennell and Jessie Quinlan were among the point scorers too as Laois ran out comprehensive 4-14 to 1-7 winners in the end.