The third staging of the Carlow GAA Development Draw took place on Monday and a Laois priest scooped the first price.

Willie and Jack Mullins were runners up as the champion trainer and his wife collected €2,000.

Fr O’Connell, who is originally from Kilcavan, would be an incredibly well-known and popular figure in Laois.

The popular priest spent eight years as parish priest of Stradbally, Vicarstown and Timahoe before retiring in 2016 after 50 years of service to the church.

He also served a range of areas in Laois and was the Chaplin in the Midlands Prison in Portlaoise for six years.

Fr Jim was ordained in Maynooth in1966 and served in Litchfield in England for two years before moving to Ballon/Rathoe.

He spent time in Portlaoise and Graiguecullen before moving to Stradbally where he was supposed to retire.

However, his retirement lasted about a week as the parish priest in Ballon took ill shortly after and Fr Jim was transferred to that parish – where he has remained ever since.

It is not the first time that Fr Jim has been lucky in a GAA draw. 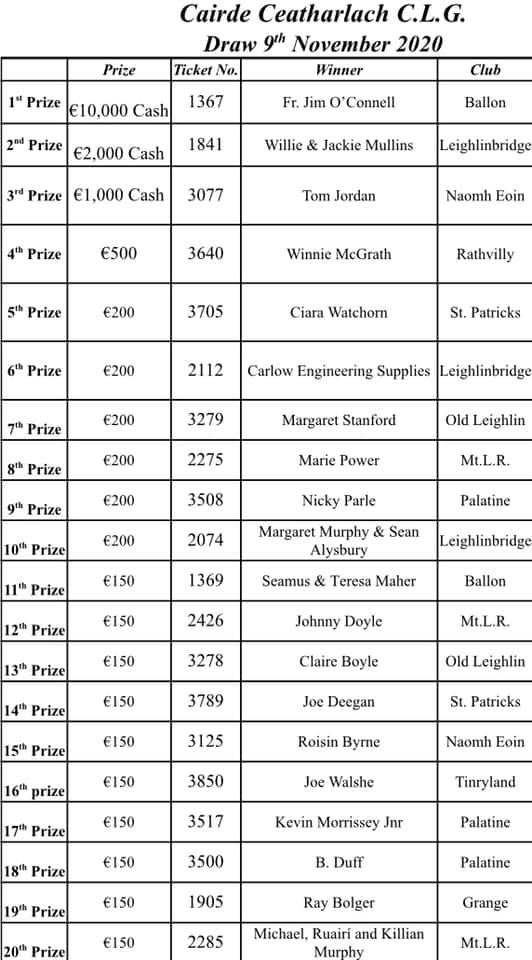