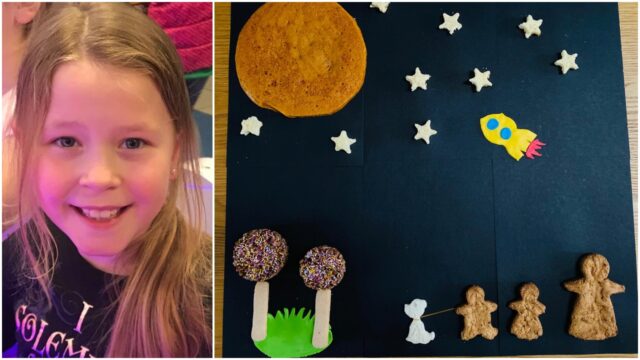 A young Laois girl has won a prize at the British Council ‘Honeycomb Moon’ Baking in space competition.

‘Baking In Space – Bake to the Future’ is a Science Week Ireland 2020 event funded by Science Foundation Ireland and created by British Council Ireland, Andrew Smyth and Dr Niamh Shaw.

In 2020, the programme is delivered in partnership with The Ark Dublin, University of Limerick Science Week, as well as Limerick, Midlands and Wexford Science Festivals.

The ‘Bake to the Future’ creative activity pack is produced by The Ark, Dublin in collaboration with British Council Ireland.

Baking In Space is kindly supported by Yakult which is itself boldly going into space for experiments with astronauts on the International Space Station in collaboration with Japan Aerospace Exploration agency (JAXA).

Their mission is to study the influence of Yakult’s bacteria on the human body.