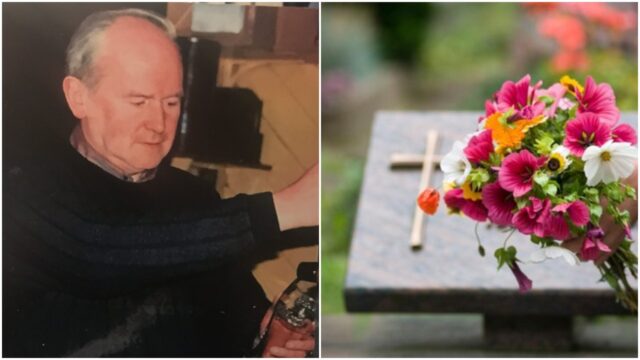 There is sadness in the village of Timahoe today following the passing of one of their publicans.

Liam Rambottom, of Ramsbottoms Bar in the village, died on Sunday November 15.

Mr Ramsbottom passed away peacefully in the company of his loving family.

He is predeceased by his brother Mark and will be sadly missed by his sisters Nuala, Margaret and Francais, brothers Seamus and Patrick, sisters in law, nieces, nephews, neighbours and a large circle of friends.

He said: “Liam was a single man and he spent all of his life behind the bar looking after his customers and the people of Timahoe.

“He was an absolute gentleman and was highly respected by all of the people that knew him.

“He ran the bar all his life and his family were farmers.

“There would be nobody with a bad word to say about Liam. He was quiet but he was very witty at the same time.

“A great man to have a conversation with and he will be deeply missed.”

Liam lived with his sister Nuala in the pub and their nephew Jim has been running it in recent years as Liam fell into poor health.

They said: “Timahoe Gaa would like to offer their sincere condolences to the Ramsbottom families on the death of Liam. May He Rest in Peace.”

Liam will be reposing at his residence on Monday. Recital of the Rosary on Monday evening at 8pm.

Sympathisers can gather outside the house, observing social distancing during Rosary.

May Liam Rest in Peace.