Eddie Brennan has stepped down as Laois hurling manager and the search to replace him will have to get underway immediately.

The news was met with widespread disappointment yesterday but that can only last for so long as Eddie Brennan is gone and the show must go on.

There is a fair amount of uncertainty over the calendar for next year’s inter-county season.

At present, it looks like the action will not resume until late February or early March – but all of that won’t be confirmed for a few weeks yet.

However, the Laois players will be anxious to get back training as soon as possible to prepare for what is to come.

But in order to do that, they will need a manager.

Given the limited financial resources available, a management team with a big backroom team will surely not be a runner.

In any case we profile 15 names that could be in the mix, some high-profile, some internal, some left-field and some who are currently in roles that would more than likely rule them out.

No doubt there’s many more out there that will be on the list of whoever gets the job of making the appointment. 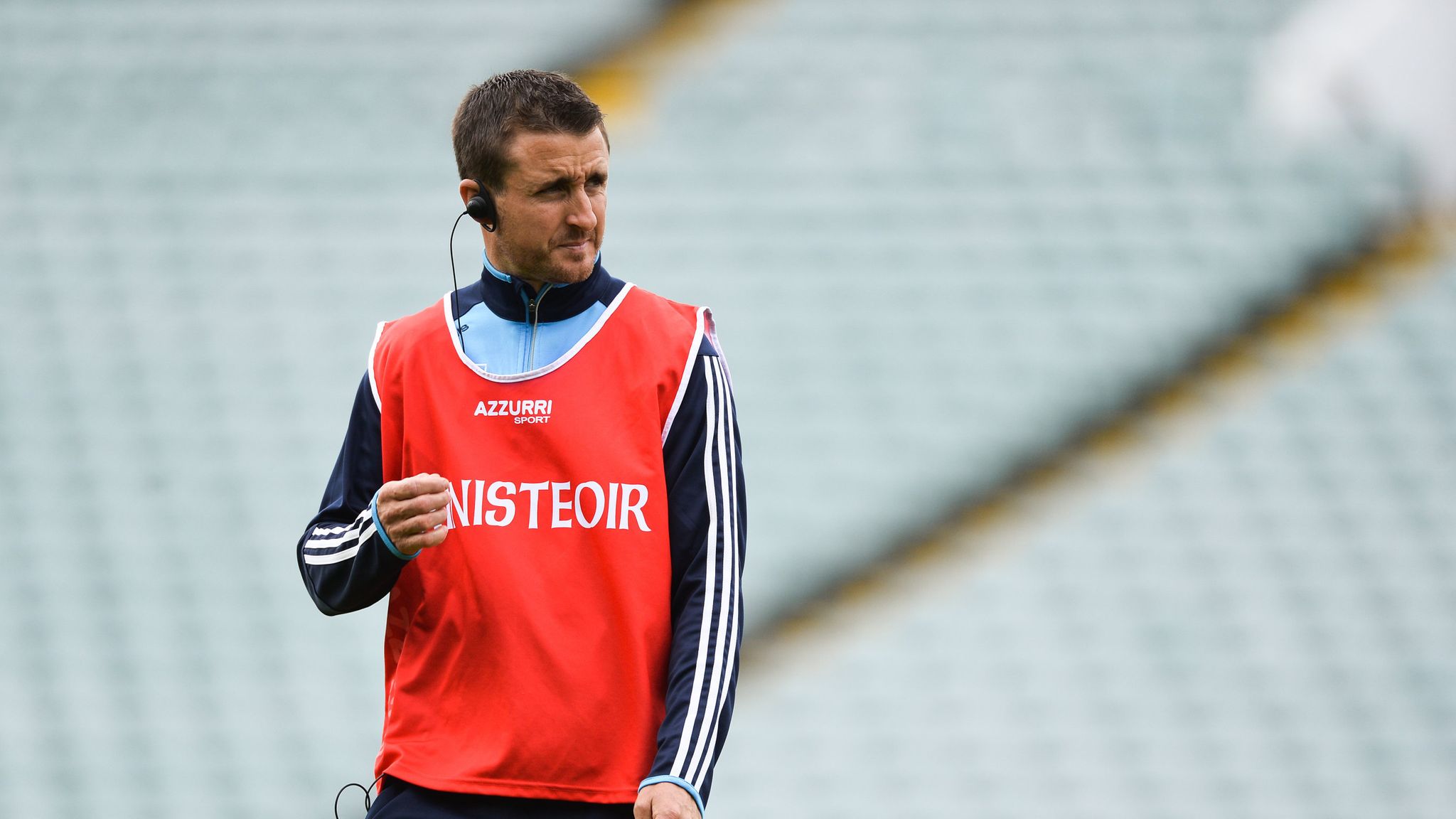 Five time All-Ireland winning goalkeeper David Herity has made a real name for himself since going into management.

After time with the Dublin camogie team, Herity took on the Kildare hurlers this year and enjoyed instant success as they won the Christy Ring Cup and gained promotion to the Joe McDonagh.

A young and upwardly mobile manager, he could be the perfect replacement.

Cheddar was appointed as Laois manager in 2012 and oversaw a transformation in Laois hurling that saw them run the likes of Galway and Clare close on several occasions – only the outgoing Brennan managed to make Laois more competitive.

He resigned at the end of the 2015 season and went on to manage his native Portlaoise – a role he stepped down from in 2017 after they were relegated to Senior ‘A’.

Since then, he has managed at club level in Kilkenny – most recently bringing James Stephens to the county semi final where they lost to eventual champions Ballyhale Shamrocks.

Managed Laois from 2008-2010 after taking over from Damien Fox midway through 2008 championship season.

Niall was a selector prior that and Portlaoise manager. He has since managed James Stephens to senior championship success in Kilkenny and was involved in a coaching capacity with Doon in Limerick.

He also managed the Portlaoise footballers to senior success in 2019.

The former Kilkenny legend has been over the IT Carlow Fitzgibbon Cup team in recent years and guided them to a first ever final in 2017 where he had the likes of Cha Dwyer, Stephen Maher, Enda Rowland and Dwane Palmer as key players.

Rowland was still there this year along with Sean Downey, Conor Phelan, Podge Delaney, Stephen Bergin and Eoin Gaughan when Carlow reached a second final only to be edged out by UCC.

He is currently, however, in his first year as a selector with Brian Cody. 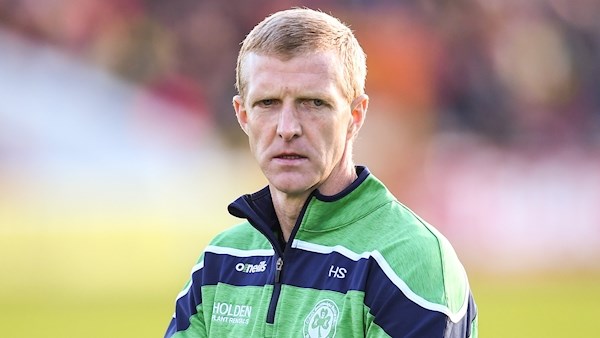 One of the greatest hurlers of all time with 10 All Irelands and 11 All Stars, Shefflin has to be a possible eventual replacement for Brian Cody when he does step down.

Shefflin guided his own club Ballyhale Shamrocks to back-to-back All Ireland club titles before stepping down this year – but has since been appointed manager of Thomastown, who have been beaten in the last two intermediate finals in Kilkenny.

His commitment to that role would make a switch to the inter-county scene unlikely. 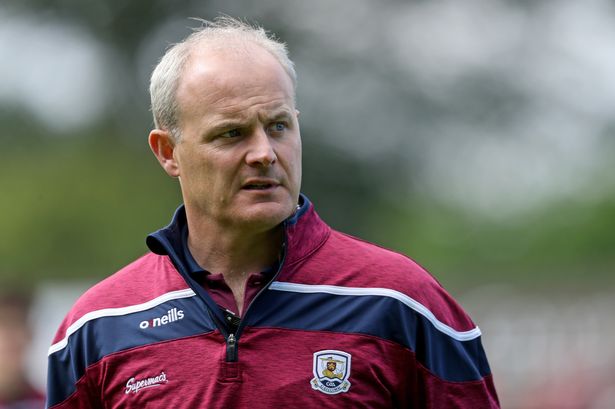 Donoghue guided Galway to All Ireland success in 2017, their first in 29 years, but stepped down from that role at the end of the 2019 season.

He had previously been involved in the backroom team with Tipperary and made his name initially when he won an All Ireland club title with Clarinbridge. He had also been involved with the Galway U-21 team.

Wasn’t involved as a manager in the 2020 season and has made a number of appearances on the Sunday Game as a pundit.

After successfully guiding Camross to championship success in 2013 and 2017, Delaney is certainly an internal candidate.

Since stepping down as Camross boss he has had spells over Shinrone in Offaly and Burgess in Tipperary and has been linked to various Laois positions in the past, including the senior manager’s role, underage positions and as a senior selector.

He is currently chairman of Camross.

The current Laois U-20 manager and former minor boss Enda Lyons is another name that would have to be in the hat.

He most recently guided Laois to a win over Carlow in the Leinster championship and he had also managed Coolderry in Offaly this year.

A former underage player with Galway, Lyons’ son Eanna is part of the current panel and Enda is well-known locally through his work as a phsyio. 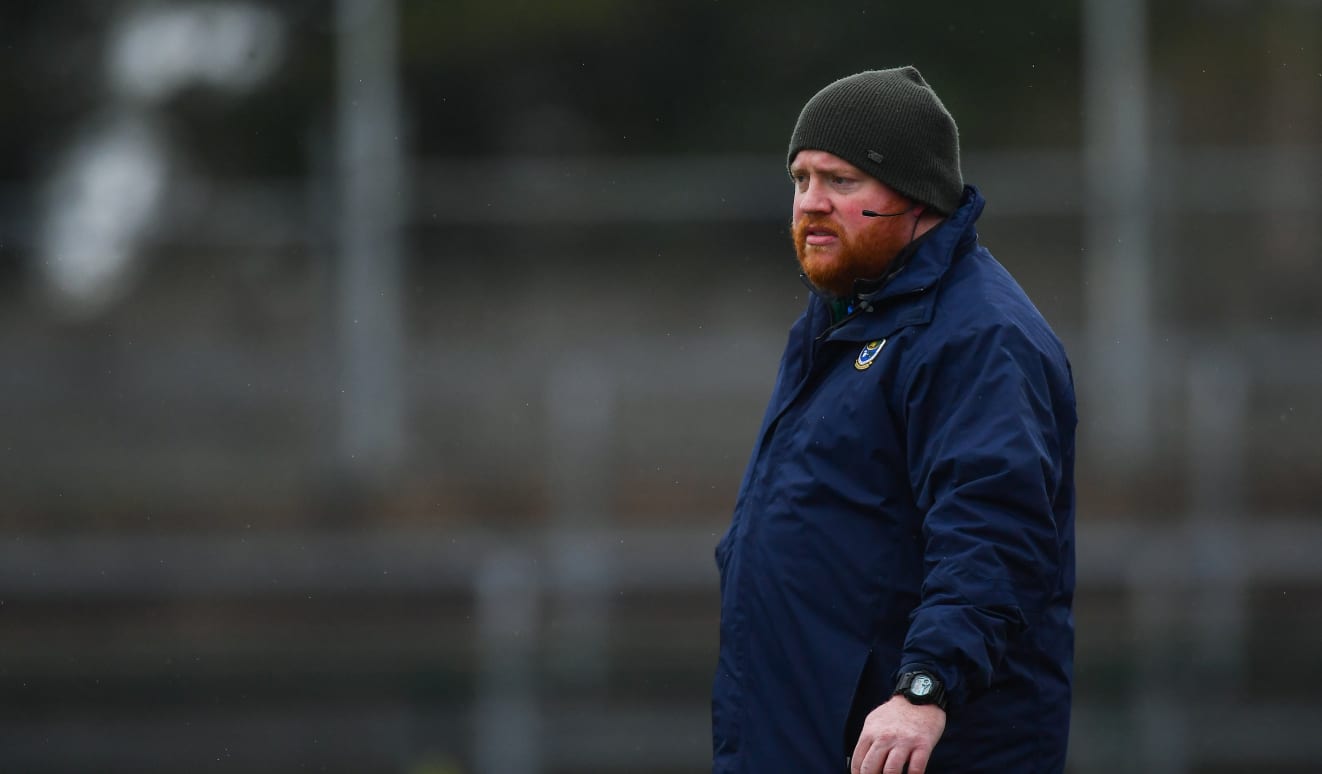 An interesting contender as he is someone who has inter-county experience.

Comerford enjoyed several years as Roscommon manager before coming home this year to manage his native Borris-Kilcotton and has reached the county final which has yet to be played.

Originally from Portlaoise and a former dual player with the club – as well as an All Ireland minor football winner with Laois in 1996 and 1997 – Mullins is now based in Limerick where he’s principal of Crescent Comprehensive secondary school and the current Limerick minor hurling manager.

He has worked closely with former Clare manager Tony Considine in a number of high profile club roles – including Kilmallock in Limerick and Nenagh Eire Og in Limerick.

He was also previously a selector with the Limerick footballers and with the UL Sigerson Cup team.

The Clough-Ballacolla native has been the Derry manager for the past two seasons and, based in Dublin, he was previously manager of a Dublin U-21 side that won Leinster as well as being a coach with the Dublin seniors.

He had a brief spell as manager of Clough-Ballacolla in 2012 while has also been over St Brigid’s in Dublin and Cushendall in Antrim. 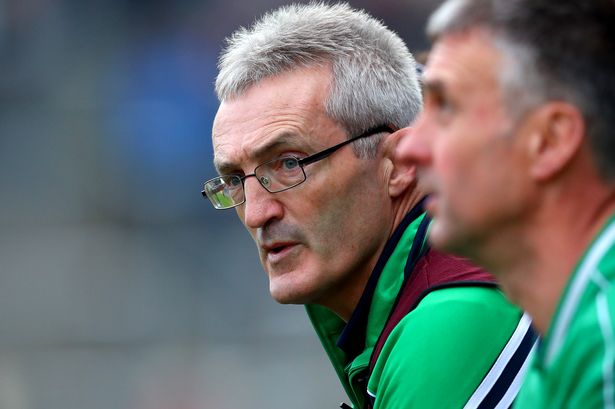 The Tipperary man has just finished his fourth season in charge of the Carlow hurlers so he’d be very familiar with the Laois players having come up against numerous times in league and championship in that time.

He has previously been involved with Waterford as a selector and then as manager of Wexford.

He has also enjoyed success at club level – winning an All Ireland with Kilkenny’s Ballyhale Shamrocks in 2015 as well as overseeing a number of Fitzgibbon Cup wins with Waterford IT. 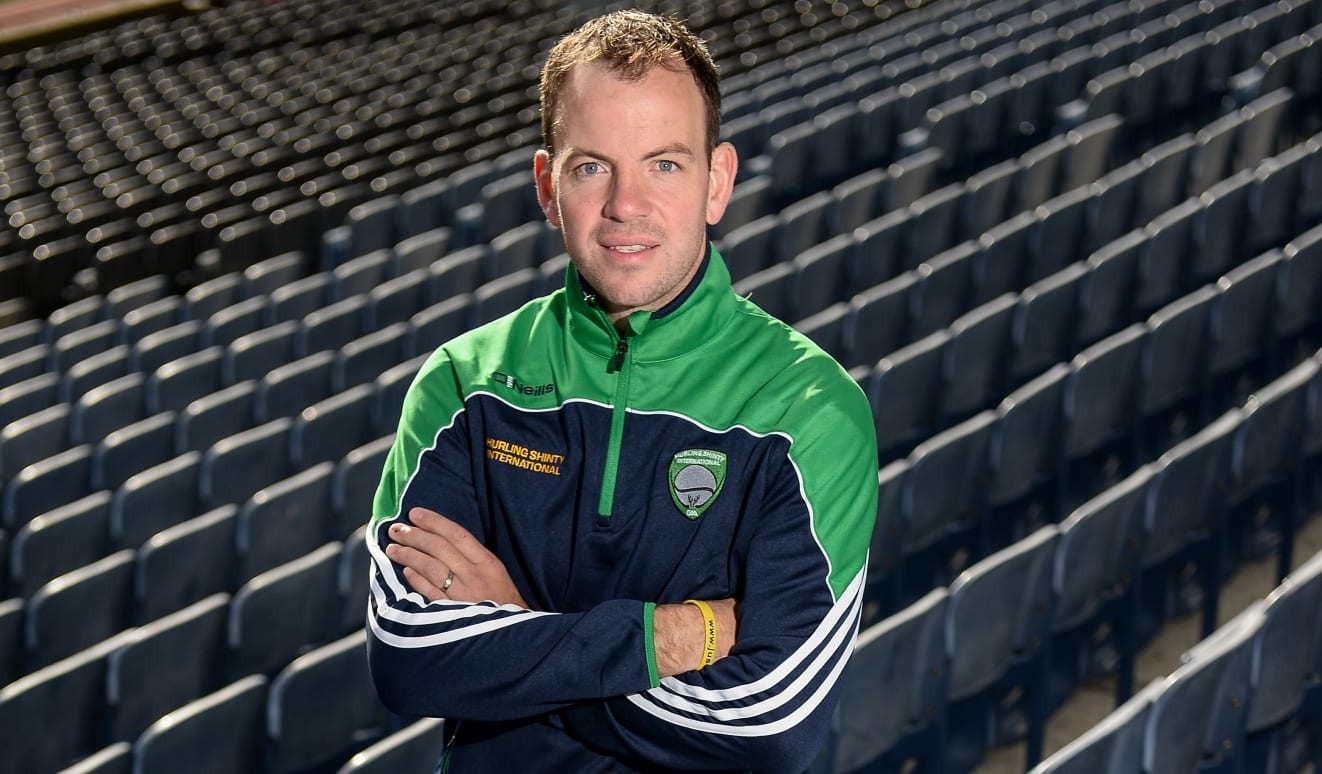 Phelan is a former All Ireland winner with Kilkenny though a rare heart condition meant he had to retire from the inter-county game at a young age.

He did return to win senior club titles with his club Clara and he has been involved with a number of teams including his own club as well as Waterford IT where he works as a sports officer. He has also been with the Carlow hurlers alongside Colm Bonnar and the Kilkenny camogie team and this year he guided Mount Leinster Rangers to the Carlow senior hurling title.

As well as that he has been over the Irish hurling-shinty team for the past five years and would have come across a number of Laois players in that role. 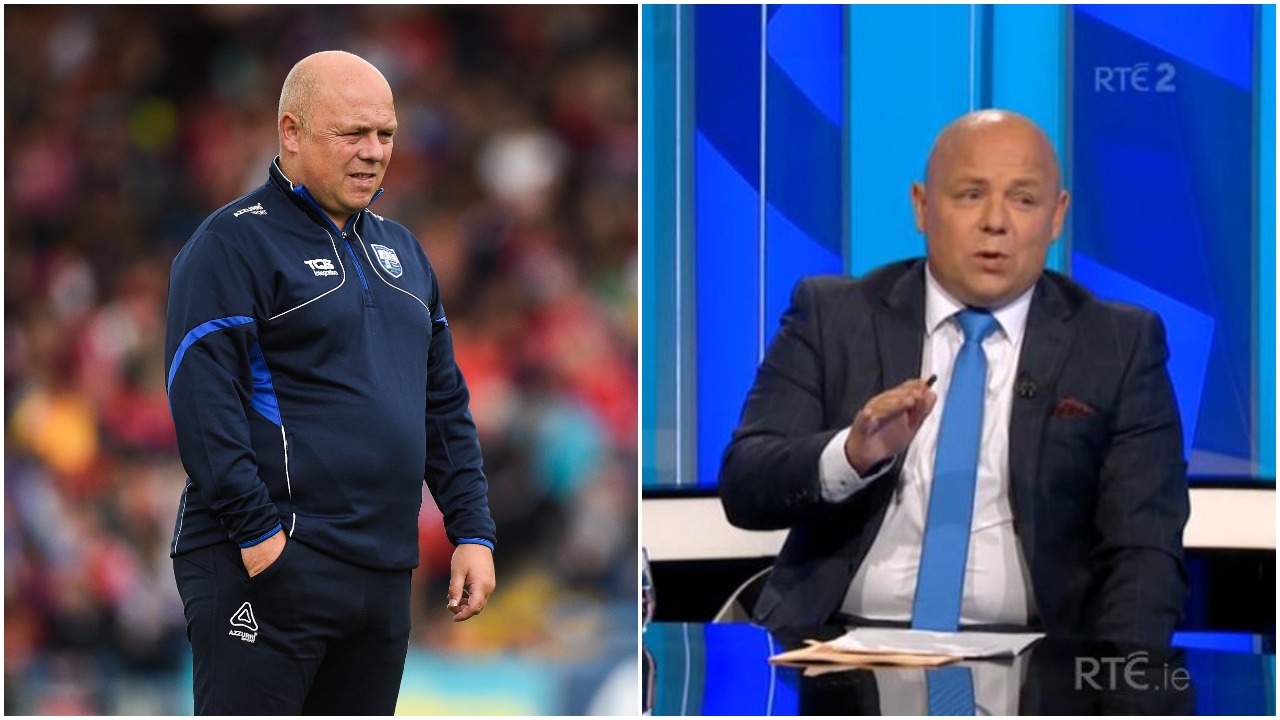 It was unlikely that he would end up involved with the Laois minor hurlers this year – so maybe now he could step up to senior level.

Former Waterford manager Derek McGrath has that relationship now with Laois and perhaps it could be further probed.

After guiding De La Salle College to Harty Cup and Croke Cup successes, he managed the De La Salle club to championship success before taking over as Waterford manager. 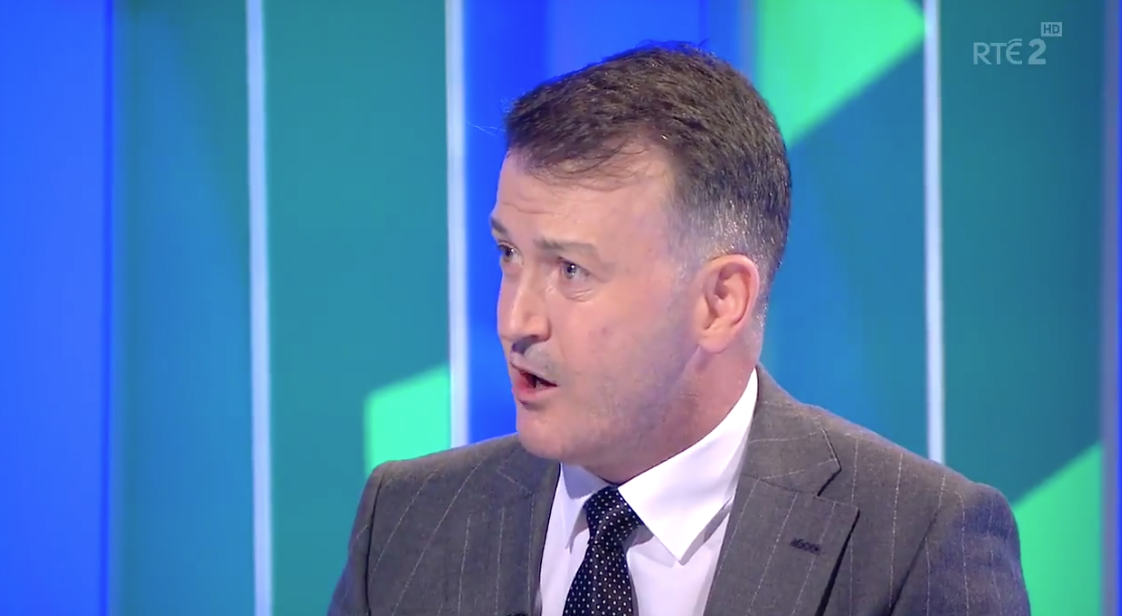 Another one of from the left field – but our most recent manager is from the Sunday Game stables so why not try here again.

The three time All-Ireland winner was involved in team management and coaching in all grades at club level with Cloyne in Cork. He then won the National League title in 2016 as coach of the Clare senior hurling team.

Gave a very passionate speech on the Sunday Game about how Laois should be made a special case from Croke Park for additional funding to continue the improvement.