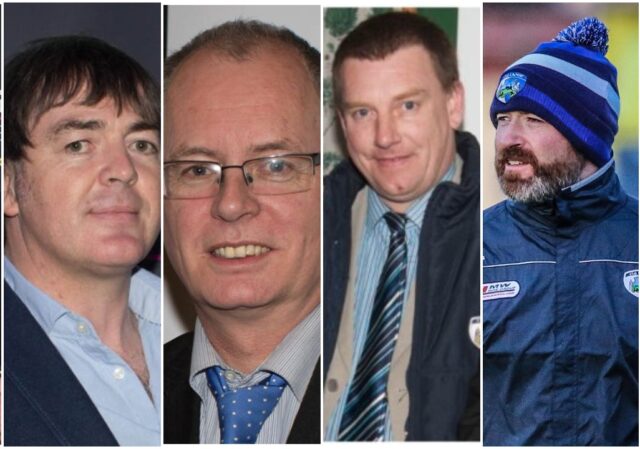 A contest for the positions of chairman and vice-chairman of Laois GAA look set to take place at next month’s county convention.

Chairman Peter O’Neill is hoping to secure his fourth year in charge of the executive but for the first time since he was elected in 2017 he faces a challenger.

Portarlington’s Kieran Leavy, who has previously served in a number of roles on the executive, has been nominated by his club to challenge O’Neill for the role.

The men last came head to head three years ago where of the 153 votes cast, Peter O’Neill received 86 votes while Kieran Leavy received 67.

There will also be a vote for the role of vice-chairman as Tom Clear has a challenger in the form of a newcomer.

Clough-Ballacolla’s Clear was elected, unopposed, to the role alongside O’Neill in 2017 and this is the first time he will face a vote.

O’Dempsey’s clubman and Cork native Bryan Breen, who has been a part of the backroom of the Laois senior football team for the past three years, is his challenger and it will be his first tilt at securing a position on the board.

It’s understood that all four of O’Neill, Clear, Leavy and Breen have been in touch with clubs seeking votes.

There will possibly be only one other vote at this year’s convention as former chairman Brian Allen is nominated for one of the two Leinster Council delegate roles, currently filled by Abbeyleix’s Richie Kennedy and PJ Kelly from St Joseph’s.

All other positions on the County Board will be elected unopposed as no other candidates have been nominated.

The Laois GAA County Convention is set to be held virtually this year due to Coronavirus. The annual meeting will take place on Monday, December 14, at 7.30pm.

In correspondence to the clubs secretary Niall Handy explained how it would all work: “In line with recommendations from Central Council on hosting a virtual Convention, questions and/or queries on Chairman’s Address, Secretary’s Report and Financial Statements must be submitted in writing to Secretary or secretary.laois@gaa.ie before Friday December 4, which will be answered and replied to prior to County Convention.

“This will be the only opportunity you will have to make queries or questions on aforementioned.

“Declaration and ballot papers have been circulated to all voting members, which will be by post and must be returned to Laois GAA Office in enclosed “stamp addressed envelope” by Friday, December 11.

“As previously stated Convention for 2020 will be confined to members of County Committee, with the exception being that Clubs may be represented by either their Club Delegate or alternative representative.”