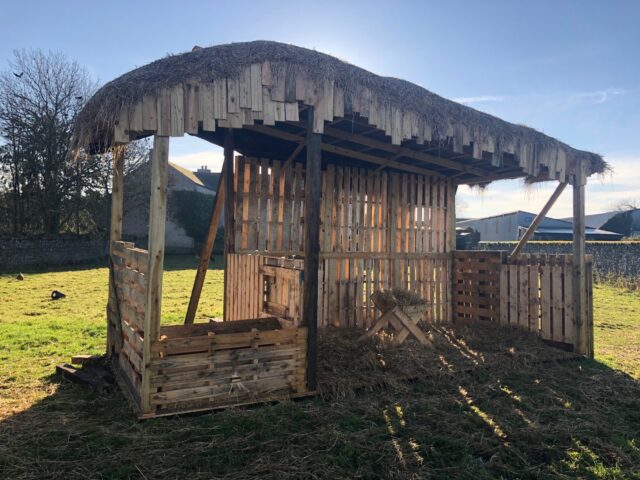 A live animal charity crib is set to officially open in Portlaoise on Tuesday, December 1.

The crib was originally scheduled to be officially opened on Sunday evening but due to Covid-19 regulations, this has been postponed until the day on which Ireland move from Level 5 to Level 3.

Kelly’s farm, at Bloomfield Cross in Portlaoise, are currently putting the finishing touches on the structure with a host of  animals set to feature such as llamas, alpacas, chickens, sheep and donkeys.

Helen discussed the idea of running a charity crib over Christmas with Declan Kelly of the Portlaoise Parish Centre and the pair decided to run with it.

Down Syndrome Centre Midlands, Laois Hospice and Laois Arch Club are the three charities who will benefit from the proceeds raised from the crib.

Helen contacted Dave Murray in Down Syndrome Centre Midlands who immediately offered to build the crib with his the help of his committee members.

They arrived last Sunday at 9am and finished the majority of the crib by 3pm before returning on Monday to put the straw roof on it.

Helen’s nephew, Martin Kelly brought power to the crib and completed the lighting.

Martin also purchased a sensor and a Reindeer. He installed the sensor at the donation box where, by placing coins in the box, it will automatically light up the reindeer in front of the crib. 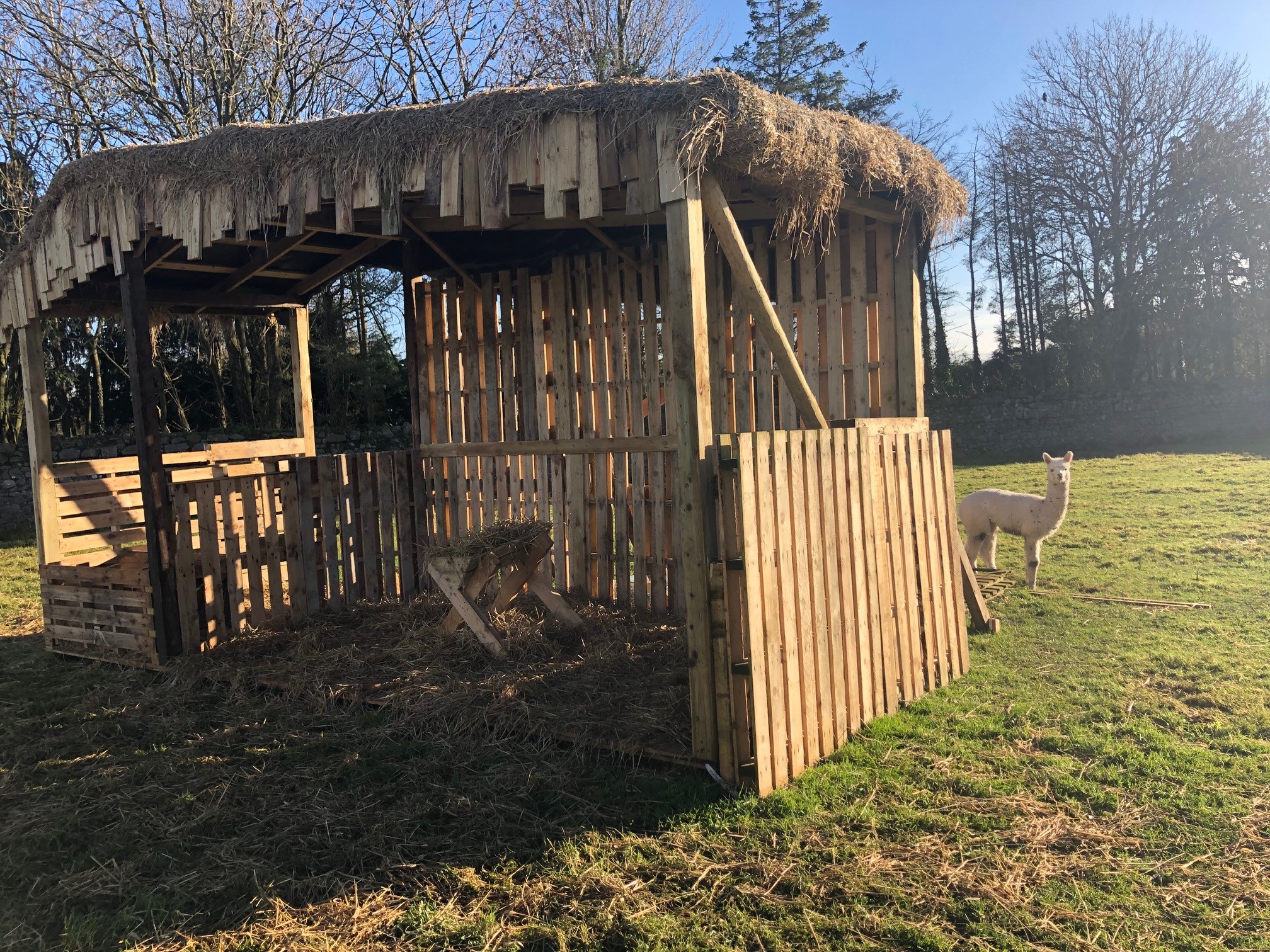 Declan then contacted Sandra Redden in Mochua Print and Design and enquired about sourcing the crib figures, without asking, Sandra took on the project and sponsored all the figures.

Aidan Kelly of Blue Sky Financial contacted Helen and made a generous donation to cover all costs and any money that is raised will go direct to the charities involved.

Laois Garden World sponsored the timer for the structure and friends then came on board and bought lights, speakers, decorations and anything else required so costs could be kept to a minimum. 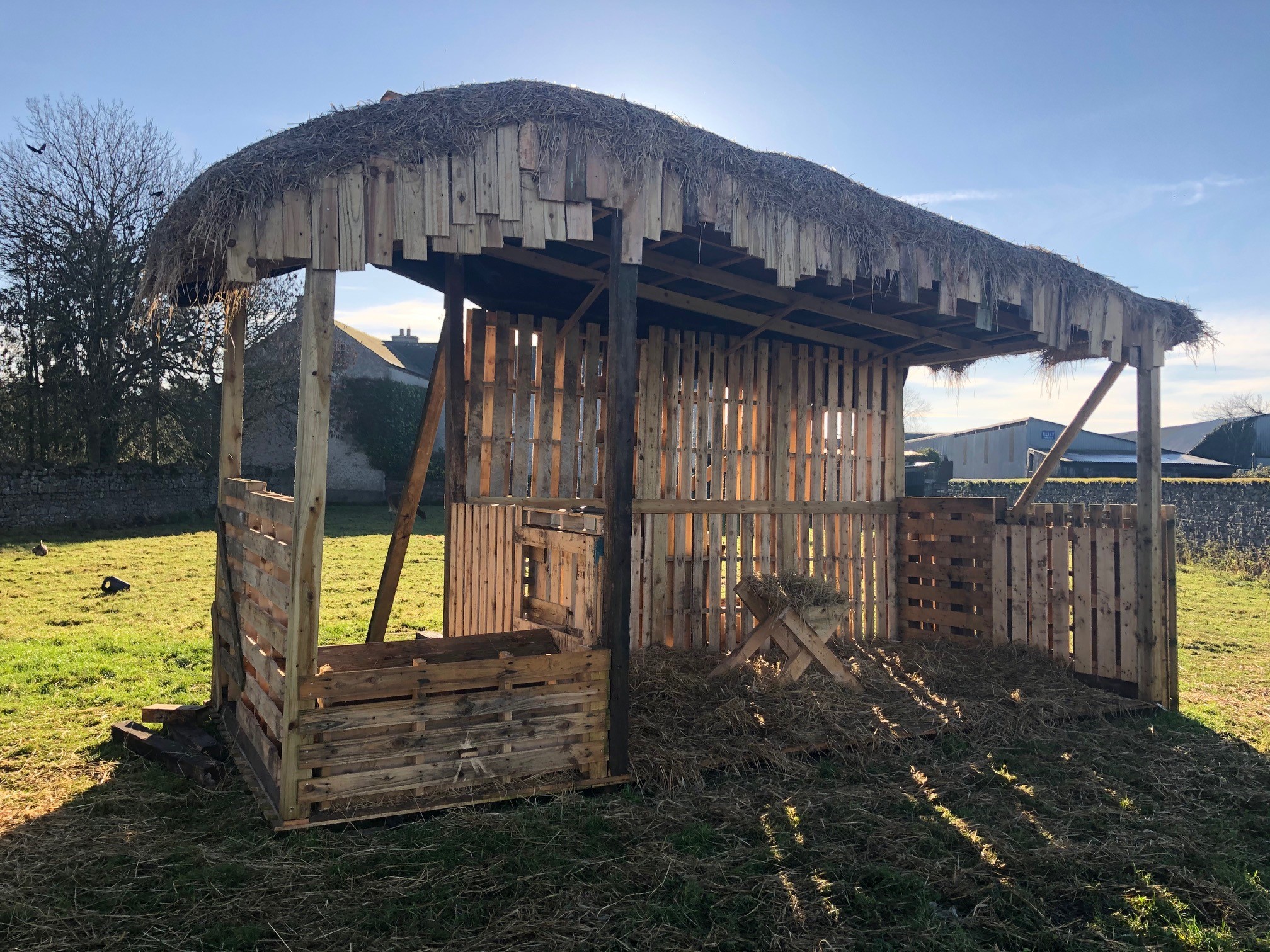 In the end this was an easy project as everyone came up with solutions rather than problems  – even though they are still looking for Three Wise Men.

The crib will be blessed by Monsignor John Byrne and Rev Janet Finlay on Tuesday December 2 at 7.15pm. 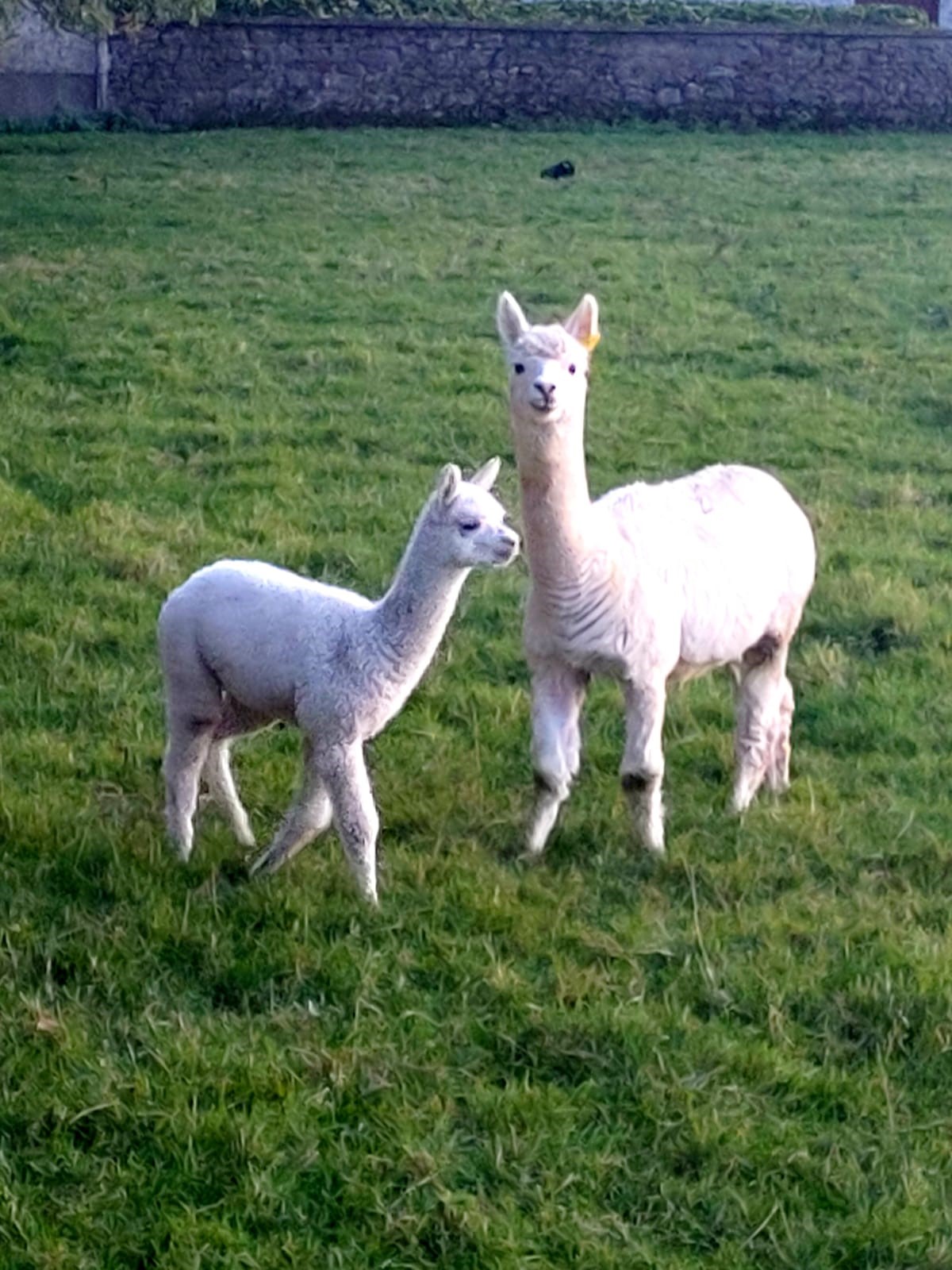 Anyone wishing to donate to the three charities can do on the GoFundMe Link below: