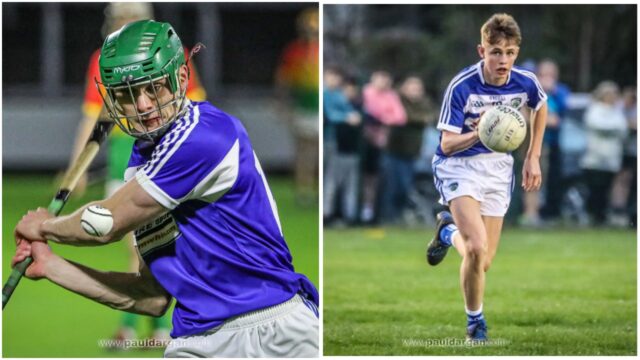 The Laois minor footballers and U-20 hurlers will get to play their 2020 championships this year after all.

The Leinster minor football championship did actually begin back in October but Laois were not involved in Round 1 games as they received a bye through to the quarter final.

However, with the country going into Level 5 lockdown a short time later, Laois’s game against Carlow was indefinitely postponed.

But Mark Bates’ side got the green light to resume training and now they know they will play Carlow on Saturday, December 12.

The game will be in MW Hire O’Moore Park at 12.30pm and it will be without spectators, so, presumably the lads from Laois TV will be back in action.

Back on October 21, the Laois U-20 hurlers played Carlow in Round 1 of the Leinster championship in what would prove to be the last underage game played before Level 5.

A Mark Hennessy goal was the difference on the night as Enda Lyons’ charges won by 1-15 to 0-15.

That set up a Leinster quarter final with Galway but Leinster GAA have yet to confirm the date, venue or time for that match yet.

LaoisToday understands it will be played on Friday, December 11, but the venue is still unconfirmed.

Leinster GAA say they will confirm details of that fixture at some point today.

But at least all Laois GAA fans know that they have, at the very minimum, two more matches to look forward to before the end of the year.

You can listen to the latest Talking Sport episode on Apple Podcasts, Spotify or Podbean or below on Soundcloud.