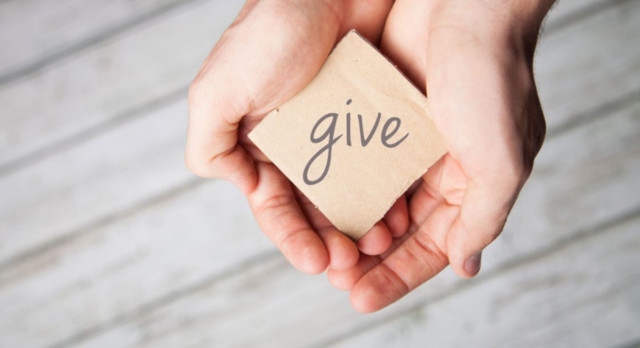 Christmas 2020 comes after a most challenging year, a year we will never forget. We see light at the end of the tunnel, but let’s stay safe and be responsible as we await the vaccines to end this terrible pandemic.

Trust the Lord is with us and his light is brighter than any winter darkness. May we all be anointed with peace of mind and health of body during the Christmas season and throughout the New Year?

Generosity is a wonderful gift. To have a big heart is a blessing that is to be open and compassionate in love to the needs of others. Generosity is contagious and beneficial.

Fact … The more we give the more we receive. Generosity is measured in our ability to engage and be present to the needs of others.

It is also very important to be generous to ourselves. The more I care for myself the greater I can care for others. Christmas is a celebration of generosity. God’s love is so overwhelming that he embraced our human vulnerability and became one of us.

A birth that evoked generosity from shepherds to wise men. May we all be blessed with generous hearts this Christmas?

How much does a prayer weigh?

Annabelle, a poorly dressed lady with a look of defeat on her face, walked into a grocery store. She approached the owner of the store in a most humble manner and asked if he would let her charge a few groceries.

She softly explained that her husband was very ill and unable to work, they had seven children and they needed food.

John Longhouse, the grocer, scoffed at her and requested that she leave his store. Visualising the family needs, she said: “Please, sir! I will bring you the money just as soon as I can.”

John told her he could not give her credit, as she did not have a charge account at his store. Standing beside the counter was a customer who overheard the conversation between the two.

The customer walked forward and told the grocer that he would stand good for whatever she needed for her family.

The grocer said in a very reluctant voice, “Do you have a grocery list?” Louise replied, “Yes sir”

Louise, hesitated a moment with a bowed head, then she reached into her purse and took out a piece of paper and scribbled something on it. She then laid the piece of paper on the scales carefully with her head still bowed.

The eyes of the grocer and the customer showed amazement when the scales went down and stayed down.

The grocer, staring at the scales, turned slowly to the customer and said begrudgingly, “I can’t believe it.”

Finally, he grabbed the piece of paper from the scales and looked at it with greater amazement. It was not a grocery list, it was a prayer which said:

“Dear Lord, you know my needs and I am leaving this in your hands.”

The grocer gave her the groceries that he had gathered and stood in stunned silence. Louise thanked him and left the store. The customer handed a €50 note to the grocer and said, “It was worth every penny of it.”

It was some time later that the grocer discovered the scales were broken; therefore, only God knows how much a prayer weighs.

Little baby Jesus was born upon this day,
Lying in a manger, laid upon soft hay,
His mother Mary cared for him,
His dad Joseph felt proud,
To be given such a precious boy,
They felt safe within Gods plans.
Shepherds came to greet him,
Wise men carried gifts,
And gave them to the baby,
They knew he would be king.
So we too on Christmas day,
Come to worship him,
And celebrate, with love and hope,
To play and laugh and sing.
We love the lights upon the tree,
The presents and the food,
We share this special time together,
And say our God is good.
So good he sent us Jesus,
To walk and shine the way,
For us all to follow him,
Into a Heavenly day.