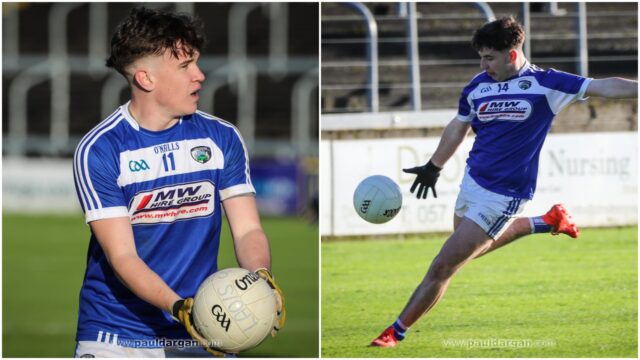 The Laois minor footballers take on Meath in the Leinster championship semi final this afternoon.

The game throws in at 12.30pm in Pair Tailteann, Navan on Saturday December 19.

Though like all games at the moment, it’s completely behind closed doors so supporters can’t attend. We’ll have a Live Blog while TG4 will show the game on YouTube.

Manager Bates has named an unchanged starting 15 from the win over Carlow last week – but there are a number of positional switches.

Josh Hogan moves into the full back line with Portarlington’s Darragh Slevin going to wing back.

Park-Ratheniska’s Simon Fingleton will captain the team but from wing back this time as Conor Kelly partners Conor Heffernan in midfield.

While Meath have named an unchanged team from the side that defeated Westmeath last week.

What is the recent history between the teams?

Since this grade reverted to U-17 in 2017, Laois and Meath have once met once.

That was in the semi final in O’Moore Park in 2018 and it was not a happy experience for the home side.

Meath ran out 5-18 to 0-8 winners over Donncha Phelan’s charges on that day and Laois will be hoping for a far better showing this time.

What do we know about this Meath team?

On paper, they look very impressive with wins over Dublin and Westmeath under their belt.

They are managed by former minor and U21 All-Ireland winner John McCarthy – who is a Meath native.

The key to their success in both games has been their string second halves and they showed that against Dublin in Round 1 back in October.

Owen Frayne, Aaron Murphy, Rory Kinsella and John McDonagh have done the bulk of the scoring for Meath so far so Laois will be hoping to keep them quiet.

If Laois win, they will face either Kildare or Offaly in the finl in January.

If they lose, they are out.