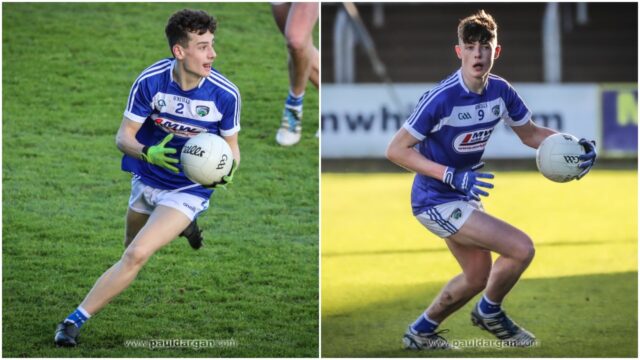 The Laois minor footballers are out of the Leinster championship as they fell at the semi final hurdle for the third year in a row.

Mark Bates’ charges went down by six points to Meath in Navan as their journey ended for 2020.

It also spells the end of what has been an incredibly long year for inter-county GAA as now all teams have completed their campaigns.

The sheer physicality of Meath, particularly around the middle third was the difference in the end as the superior power that they had allowed them to dominate possession for large swaths of the game.

Laois kept going right to the end but Meath built up a six point lead at half time and that proved insurmountable.

Meath played against the breeze in the opening half but they made a great start as John McDonagh and Ruairi Kinsella kicked them into an early lead.

Laois were wasteful in that period as they kicked three wides but they settled shortly after with a Colin Dunne free.

Laois then began to dominate the Meath kick out – winning six of them on the trot and kicking three points to take the lead for the first time.

Back came Meath though as Alan Bowden, Mark Coffey and Eoghan Frayne all pointed to leave us level 0-5 apiece at the water break.

But the game turned on the resumption as Meath pushed up on Laois all over the field and refused to let them out.

That seemed to really knock Laois and Meath dominated much of the remainder of the half after that – scoring a second goal.

Laois looked to have stopped the chance when they bottled up Liam Kelly but the ball broke to Alan Bowden on the edge of the square and he finished it low into the corner of the net.

That left them trailing 2-6 to 0-6 at half time – and with a mountain to climb, facing a second half playing into the breeze.

Laois needed to start the second half well but it was Eoghan Frayne who got the first score straight from the restart.

Colin Dunne and Alan Bowden traded efforts before the latter moved Meath 2-9 to 0-7 ahead after 35 minutes.

Eoghan Frayne added a mark but Laois gave themselves some hope when Simon Fingleton and Oisin Hooney created an opportunity for substitute Kieran O’Donnell who finished low into the net with virtually his first touch.

That left it 2-10 to 1-7 at the second water break and Laois had a small chance of a recovery in the final 15 minutes.

Laois had a big chance straight from the resumption when they broke forward again and Colin Dunne’s shot just went wide.

Incredibly though, neither team scored again as Meath advance to play Offaly in the final in January.