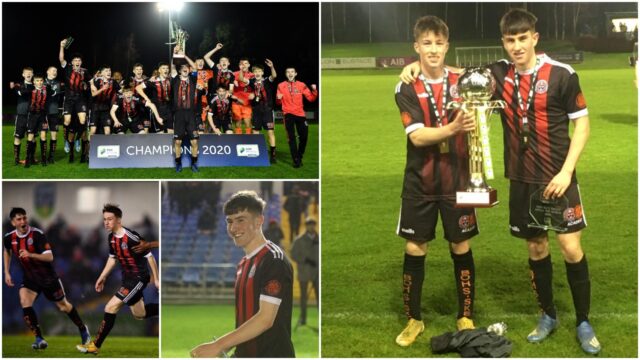 Bohemians claimed the U-17 League of Ireland title last night – with two Laois teenagers playing crucial roles. Portlaoise natives Colin Conroy and Aaron Doran both starred as their side defeated Shamrock Rovers 2-0 in the final in the UCD Bowl. The lads, who are both in fifth year in Portlaoise CBS, were heavily involved…

This article is for Premium Sports Content members only.
Subscribe now for €6.99 per month
Already a member? Login here
App users login here.
To subscribe via the app, you can do so here.