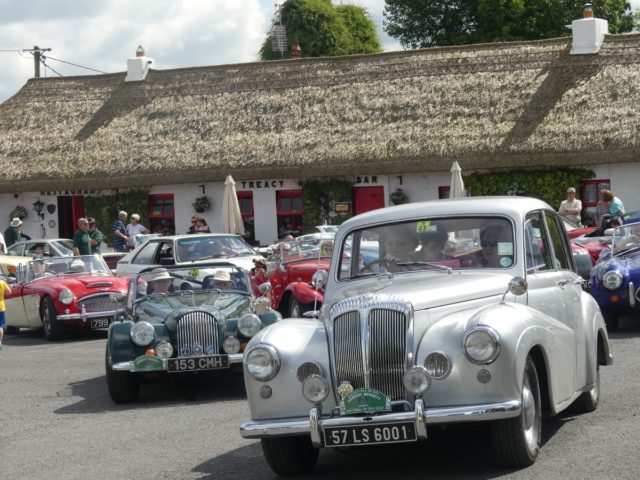 The hugely popular Gordon Bennett Rally, which has been running in Laois on the June Bank Holiday weekend since 2003, has been cancelled for this year.

The classic car rally, which was scheduled for the weekend of June 4-7, was to be based again at Treacy’s of The Heath and already had a number of entries from the UK.

But Tommy Treacy has confirmed that decision was made earlier this week to cancel the event for the second year in a row.

“We’d no real choice,” said Tommy. “We had a Zoom meeting during the week and decided to pull it unfortunately.

“We had a number of entries but the way things are we couldn’t go ahead with it as it takes a good six or seven months to organise it.

“In the last couple of years there was 140 or 150 cars coming over and there was at least two people in each car. Most of them made a holiday of it so it has brought a lot of people to the area over the years.”

The event began in 2003 on the centenary of the famous international Gordon Bennett Cup motor rally in 1903 that took place in Laois, Offaly and Carlow and was a forerunner to the modern grand prix.

Such was the success of that 2003 event that it became an annual event, attracting an increasing number of vintage car enthusiasts from England, who drove a similar route to what was used in 1903.

Attention will now turn to 2022 when it’s hoped it can be staged once again.

SEE ALSO – Thinking Big: A municipal sports facility for Laois won’t be cheap – or quick – but it would be an incredible addition to our county