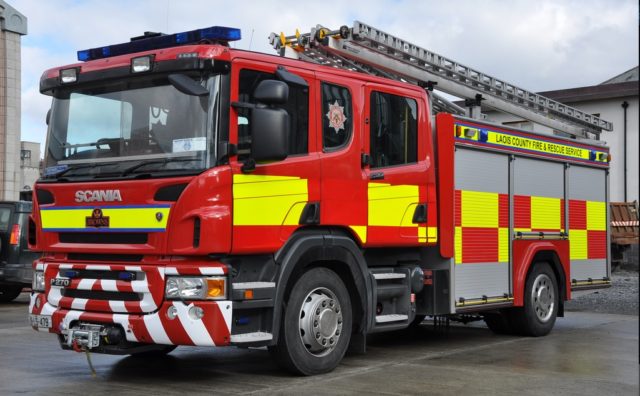 Two Laois Councillors have called for members of the fire service and those who suffer with cystic fibrosis to receive the Covid-19 vaccine as a matter of urgency.

Fine Gael Cllr Willie Aird made the call in respect of the fire service at the January monthly meeting of Laois County Council which was held virtually.

He said: “I’m am asking that Laois County Council calls on the Department of Health to increase the priority of members of the Fire Services to receive a COVID-19 vaccine.

“I know that it is very difficult to decide who gets it and who doesn’t.

“But the fire service is working on the frontline as well.

“A lot of the time they are the first people there at an incident. Whether it is a fire or an accident.

“And after speaking to them I believe they should be at a higher level on the priority list than they are.”

Members of the fire service currently come in at Stage 10 under the roll-out plan.

In support of the motion, Cllr John King, who is a retired fireman, also made the case for cystic fibrosis sufferers.

According to the Fine Gael man, there are between 12 and 15 of those in Laois.

He said: “I support this motion and the work that the fire service do.

“Also I have concerns on cystic fibrosis sufferers in Laois.

“I have learned that there are just 12 to 15 people in Laois with CF. I would also like them to be brought up the line.”

It was agreed that Laois County Council would write a letter to the Department of Health on the matter.

SEE ALSO – Sadness at death of the highly-regarded John Miller