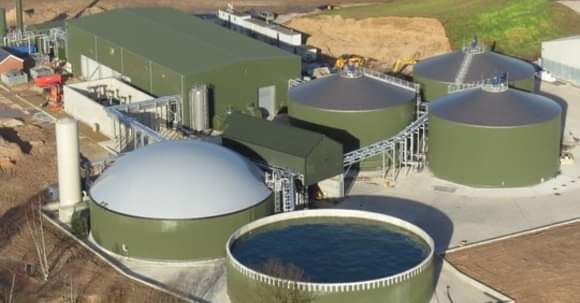 Laois County Councillors have no function when it comes to the decision making process in relation to planning applications.

So says Laois County Council CEO John Mulholland when the issue of the Council granting permission to Bord na Mona to build an anaerobic digester in Portlaoise was raised at this week’s meeting.

Concerned residents have formed a group in opposition the anaerobic digester waste facility at its Cúil na Móna site at Togher, just outside Portlaoise – in the townland of Clonboyne and Clonkeen – and they have raised €9,000 to bring their case forward to An Bord Pleanala.

But in the Council on Monday, Fine Gael Councillor Willie Aird called on Chief Executive John Mulholland to outline the
reasons why planning permission was granted.

In a detailed reply, Mr Mulholland said: ” On September 19 2019, Laois County Council received a valid planning application for the development of a Renewable Gas Facility, associated peat deposition area and external and internal road upgrades at Cúl na Móna Bog within the townland of Clonboyne and Clonkeen, Portlaoise.

“On January 4 2021, the Chief Executive made an order to decide to grant planning permission for the development. The planning file (ref: 19/530) is available for inspection by the Elected Members and members of the public.

“It contains all relevant information in relation to the application and the assessment leading to a decision to grant permission. The file and attachments are also available on the Laois County Council website.

“Members will be aware that the making of a decision by a Planning Authority on a planning application is an executive function exercisable by the Chief Executive or a staff member to whom the function has been delegated.

“While the decision is made within the parameters of the development plan adopted by the Elected Members, no part of the decision or the determination of an application resides within the reserved function of Elected Council
Members.

“It is the case that the proposed development is still proceeding through a statutory legal process. Accordingly. the Chief Executive will not be in a position to add to the content of this note.”

In response to Mr Mulholland, Cllr Aird said: “The problem I have is that the seven Portlaoise Councillors and the three elected TDs have all opposed this project.

“This is the first time in my 42 years in local politics that I have ever seen everyone united on a single issue.

“I have never seen the amount of people who are incensed by the decision of the council to grant permission.

“The size of the bog that Bord na Mona own and yet they decide to put it so close to houses – it beggars belief.

“No words of mine can explain how angry I am.”

In support of Cllr Aird, Cathaoirleach Catherine Fitzgerald said: “We simply have no vote on this.

“People have elected us to represent them and yet we can do nothing to help them when they really need us.”

While Thomasina Connell, who is involved in the Portlaoise Action Against Bog Superdump group, described the Council’s decision to grant planning permission as ‘devastating for all of the people who are involved’.