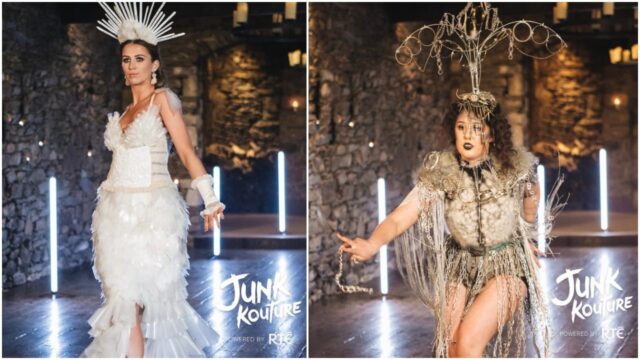 ‘Canine 99’ and ‘Peace Unfolds’ – both Scoil Chriost Ri entrants – wowed the judges to reach the showpiece event which was scheduled for the 3Arena.

That was in March 2020 and as the Coronavirus pandemic began to spread, the final was initially postponed for six months.

However, with the pandemic preventing mass gatherings, organisers had to go virtual – meaning the final will be televised for the very first time.

So, back in November, they surprised the finalists with a filming day. All grand finalists were asked to different filming locations through out the week to various different locations for each region.

All performances were pre-recorded and this footage will all be aired along with the judges results on RTÉ 2 and the RTÉ Player on Thursday February 4 from 7-8pm.

‘Canine99’ was created by Jade Laffan (The Heath), Abbie Cummins (Ballyroan) and Alex Wright (Stradbally). Their dress was created to raise awareness and promote changes in the animal cruelty crisis.

Their dress was was born of two main concepts. They wanted to use non recyclable folders whilst creating a design which would help spread a message of peace and unity.

Their reason for combining both hard and soft materials was to show how contrasting things can work very well together.

Both teams worked under the eye of Ms Jayne Kelly.

Gráinne McCaul, who is part of ‘Peace Unfolds’, is looking forward to the final and says the public vote remains open until Saturday.

She said: “Voting is currently opened from Monday to Friday on app.junkkouture.com for the RTE audience choice award.

“The winner will be announced at 3pm on Saturday, on the Stephen Byrne show on RTE 2FM. Any votes for our designs ‘Peace Unfolds’ and ‘Canine99’ would be greatly appreciated.

“We appreciate all the support we have gotten this far, this is the last stretch of the competition and we need your support now more than anything.

“If everyone could follow this Junk Kouture link, log in/register and go to the south east region and vote for our dresses ‘Peace Unfolds’ and ‘Canine99’ every day this week.

If you wanted to earn extra votes for Fridays super votes the ‘magic words’ will be posted on our Instagram accounts. @peaceunfolds_jk20 and @canine_99jk.”

Overall, 80 creative teams will ‘strut their stuff’ and showcase their striking works of wearable, recycled art, in the hope of being crowned the kings or queens of the catwalk by a celebrity judging panel including star of Ru Paul’s Drag Race and Strictly Come Dancing Michelle Visage and the X-factors Louis Walsh.

In addition to the coveted first place prize, teams will also be competing for €2,000 for their school, and €1,000 cash for their team.

Best of luck to both groups! 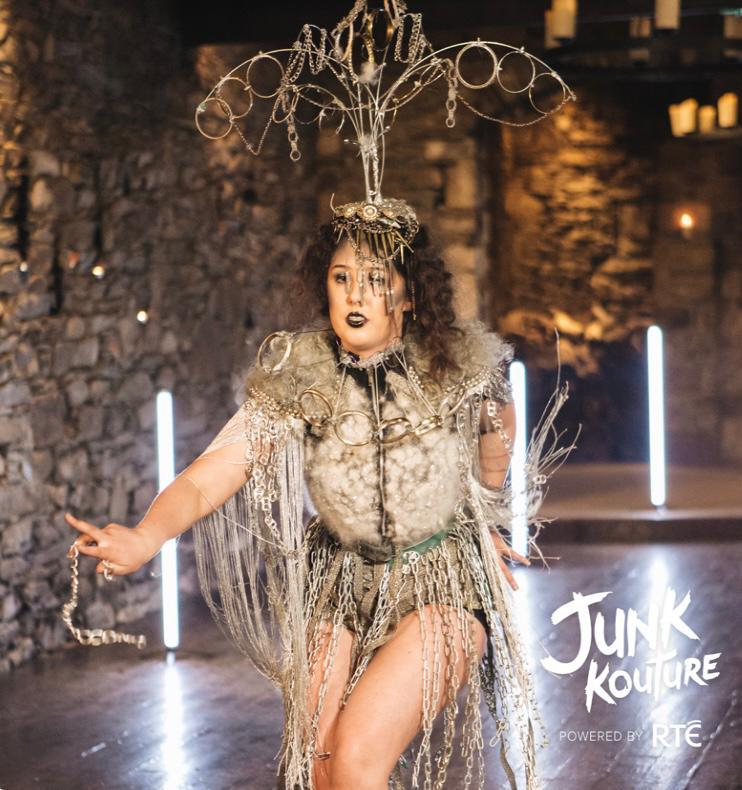 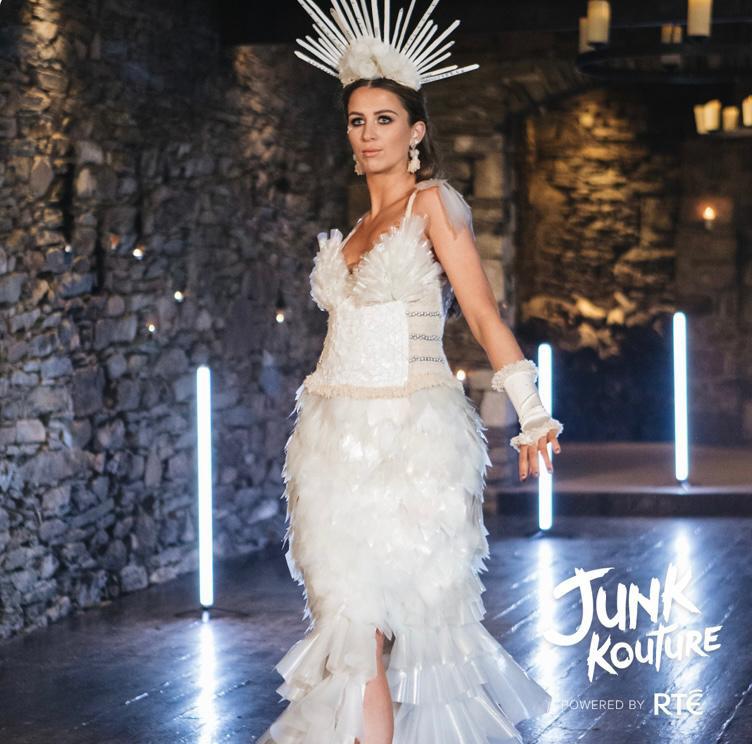 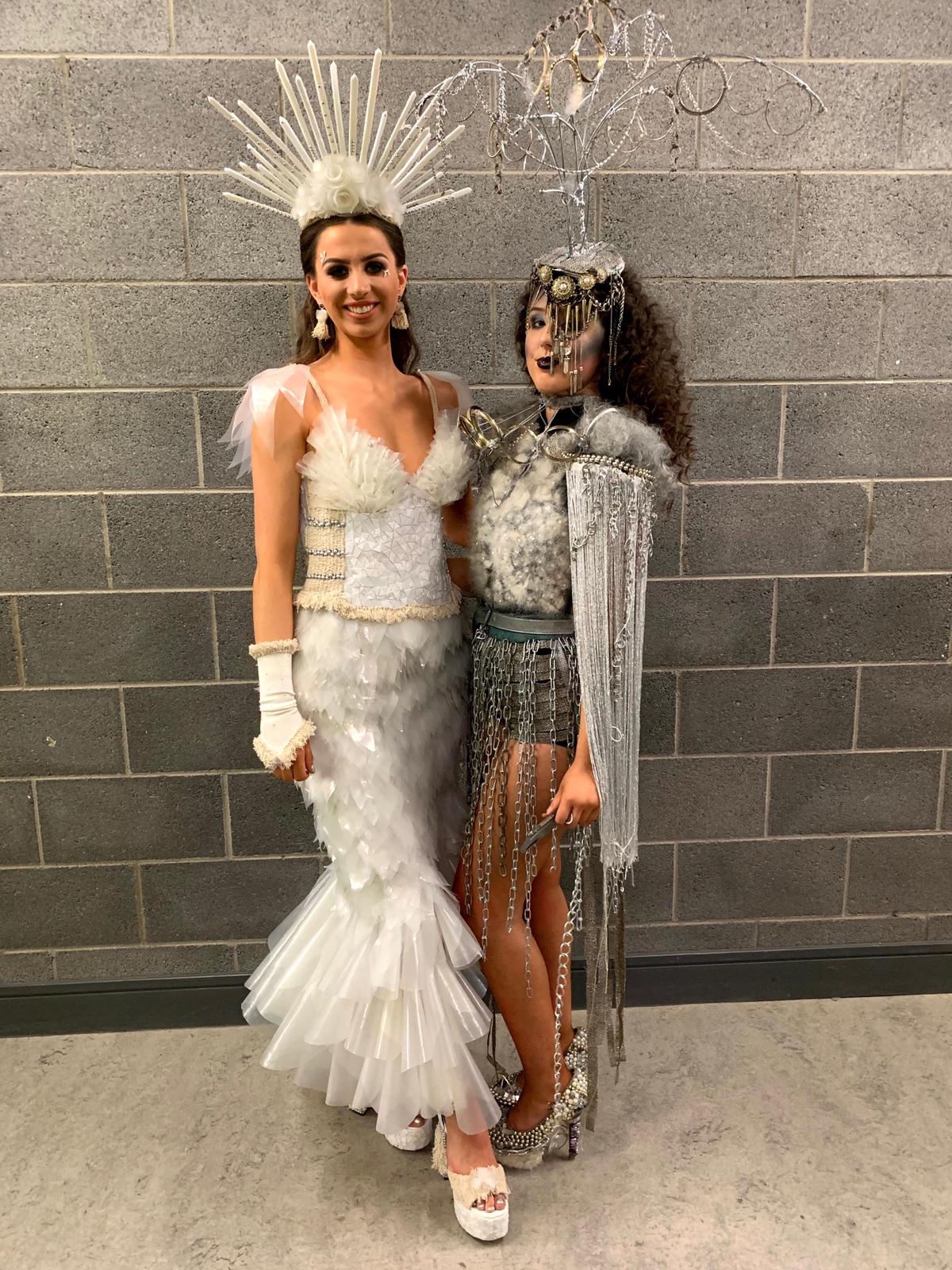 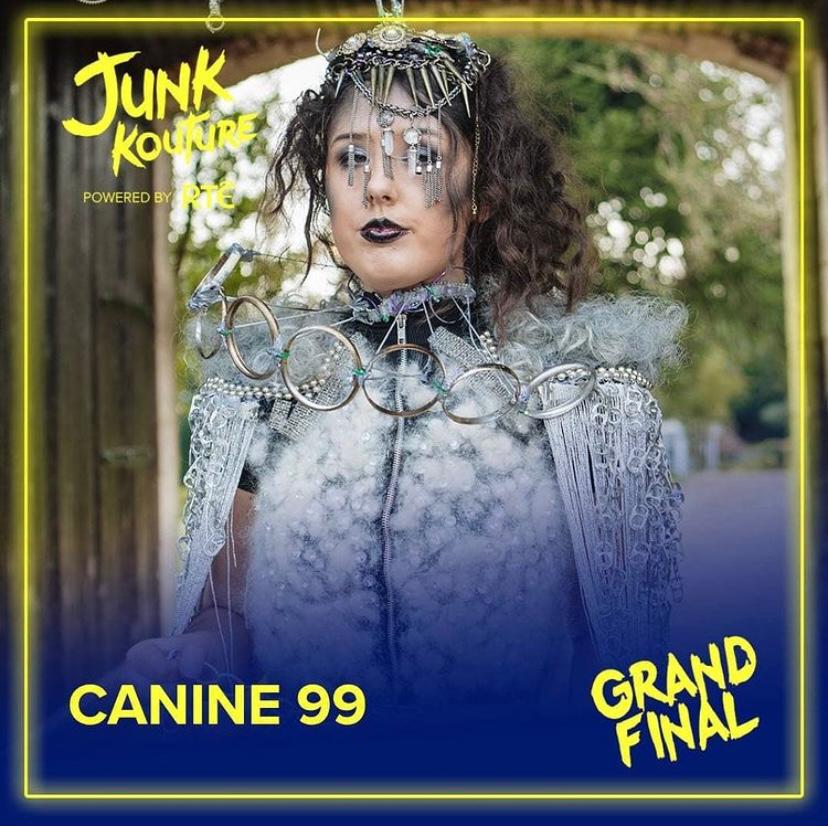 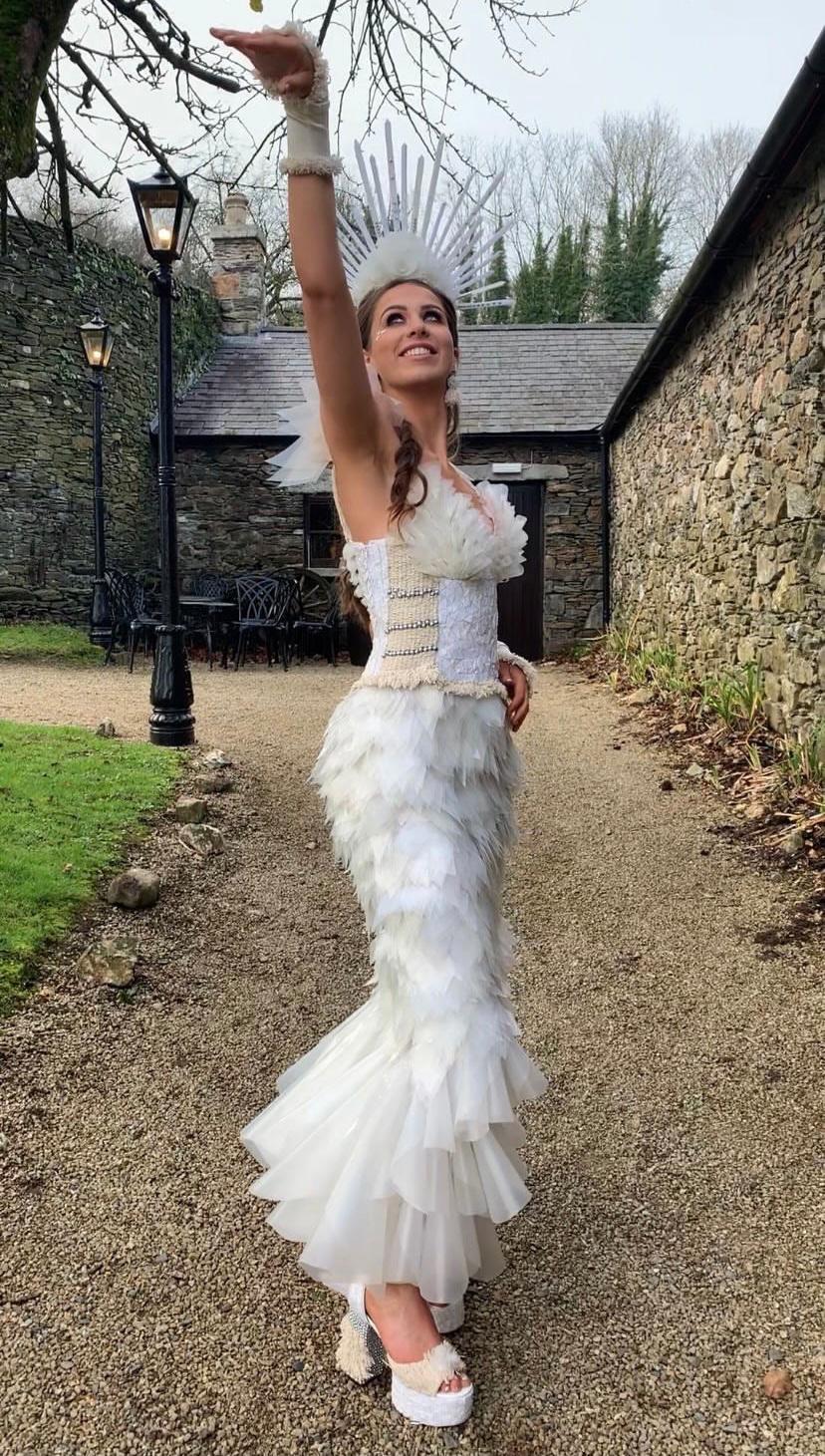 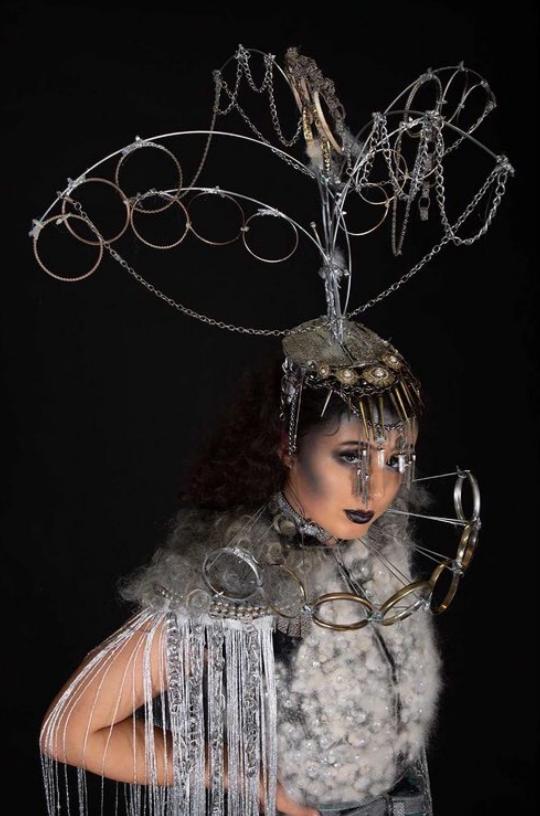 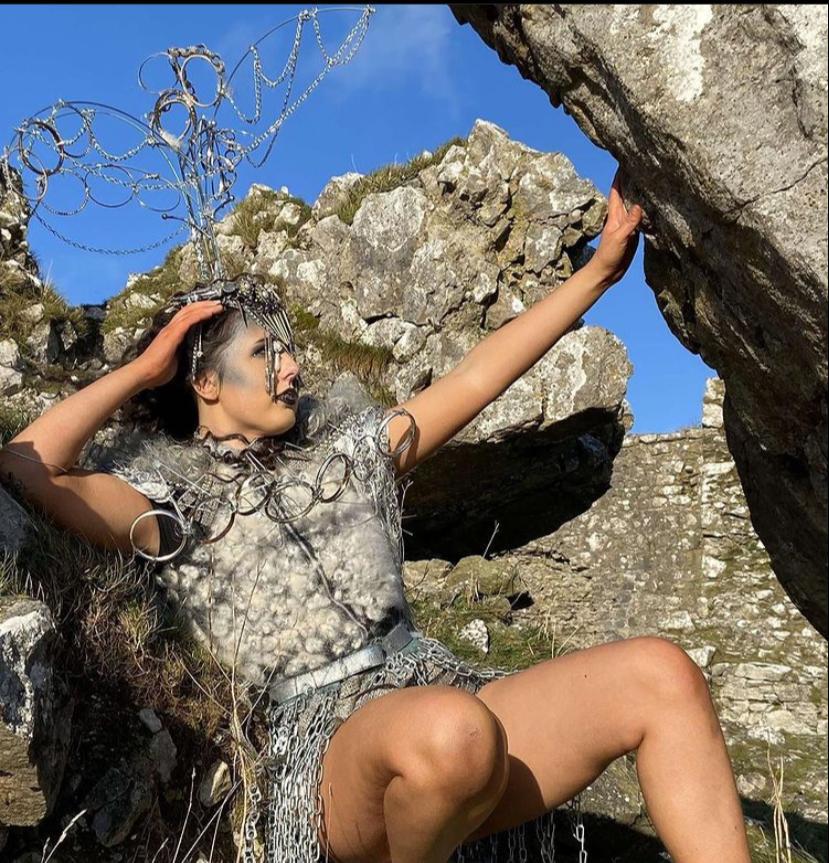 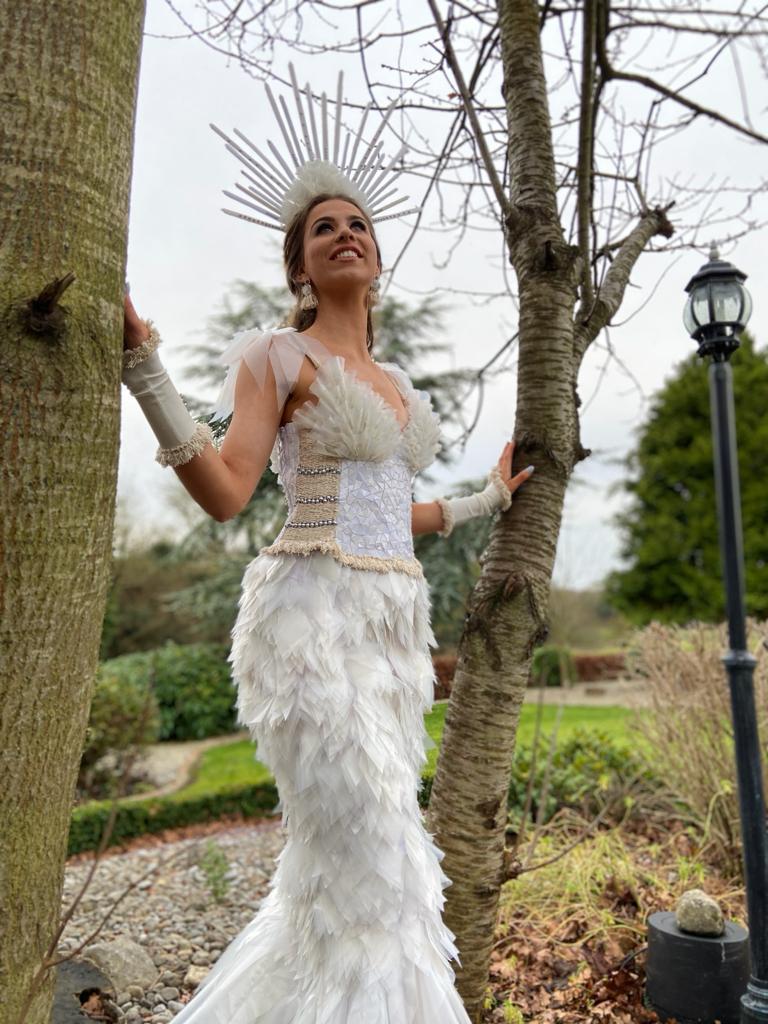 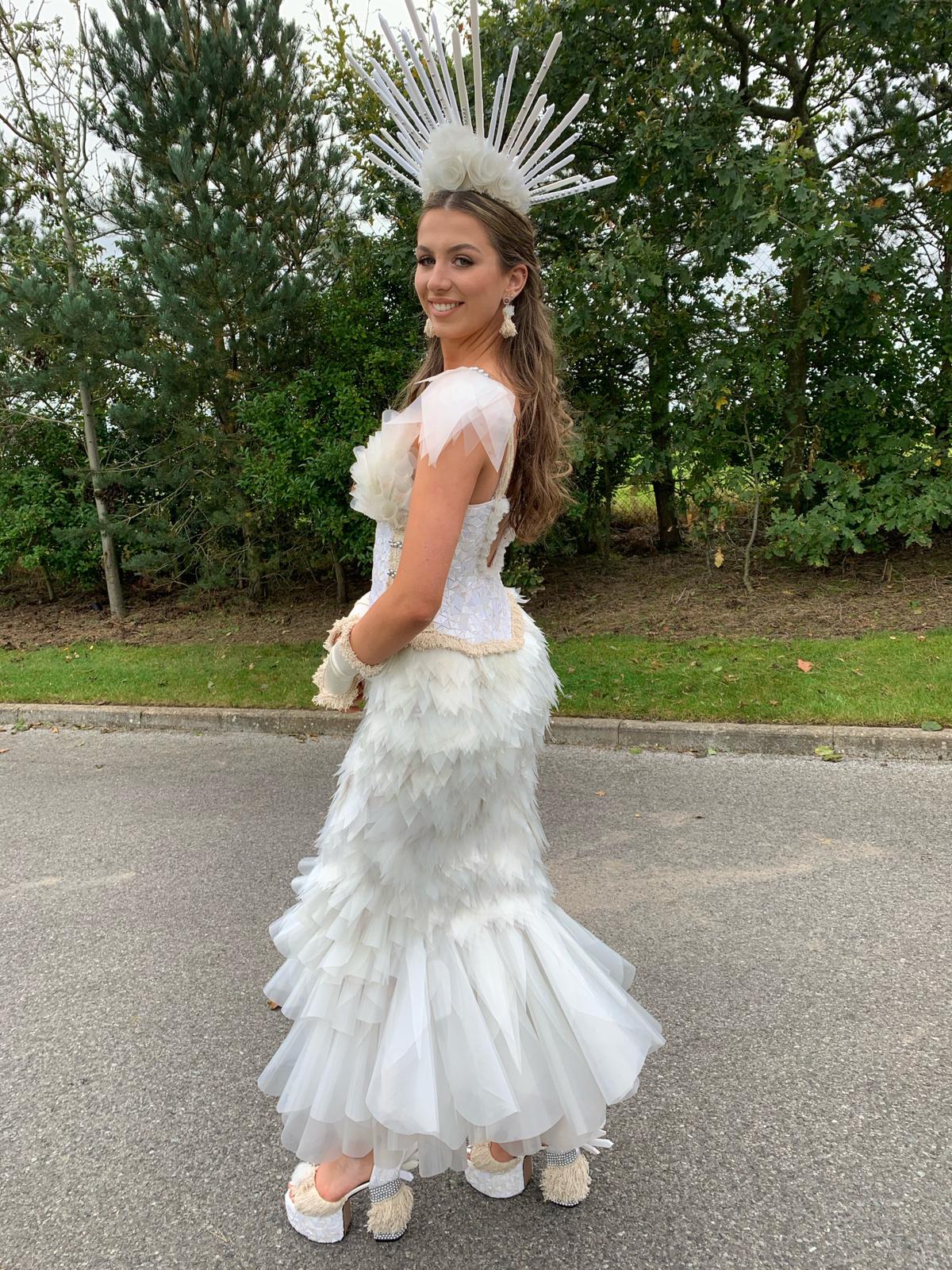 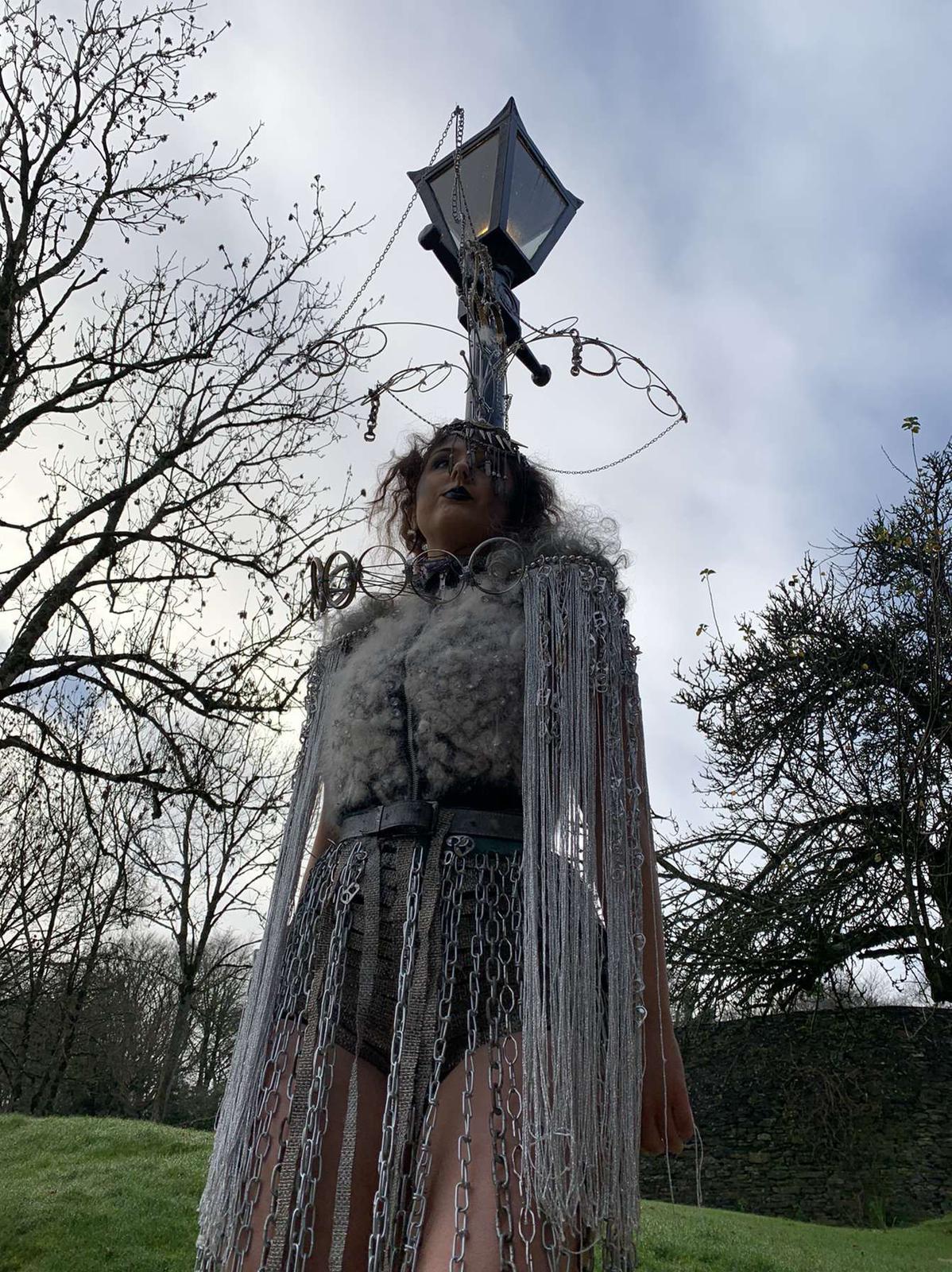