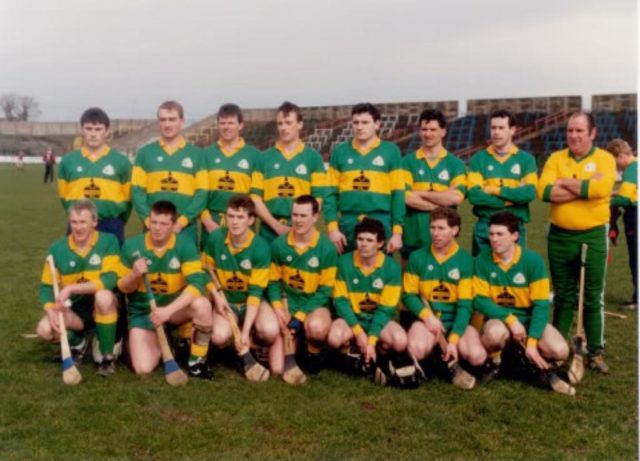 At some stage later this year, a number of Laois clubs will finally get the chance to play their 2020 county finals.

It’s taken a pandemic to seriously derail the championships this year though in a previous generation it wasn’t uncommon for finals, particularly in the lower and underage grades, to be played in the following calendar year.

One such year was 1994 when the intermediate hurling final wasn’t played until St Patrick’s Day of 1995.

In August 1994, Ballinakill reached the final of that grade for the fifth successive year. But a quarter-final on the other side of the draw between Abbeyleix and Clonaslee led to all sorts of controversy and appeals and it was into 1994 before Abbeyleix could go forward to meet Park-Ratheniska in the semi-final.

Park won that one to finally set up a final date with Ballinakill.

Few clubs had experienced such heartache at the time – having been relegated from senior in 1988, they had gone on to lose intermediate finals to Mountrath in 1990, Clough-Ballacolla in 1991, Kilcotton in 1992 and Castletown in 1993.

They were deemed an ageing team and the Leinster Express preview reckoned they were in last chance saloon.

“It will probably be Ballinakill’s last chance to make it to the senior grade,” wrote their correspondent.

“If they don’t do it next Friday, they will be in serious trouble.”

“Park-Ratheniska return to senior ranks,” screamed the headline in the sports pages of the Leinster Express the following Wednesday. “Ballinakill suffer final defeat for fifth year in a row,” was the sub heading.

A first-half goal from Andy Morrin helped Park-Ratheniska to a 1-2 to 0-3 lead at the break. Morrin also added a point in that opening half as did Noel Tynan.

Michael ‘Maggie’ Walsh hit two points for Ballinakill with Ken Brennan getting the other.

Walsh and half-time sub Tom Bowe swapped points early in the second half and then Jamie Cahill, then still a minor, put Park-Ratheniska 1-4 to 0-4 ahead with 40 minutes on the clock.

In a low-scoring affair, it was to be their last score.

Ballinakill kept plugging away but could only add two further points – from Walsh and Peter Hamm – and lost out by the slenderest of margins.

“Ratheniska can now boast of senior hurling and senior football, a magnificent achievement for a small rural club,” said the report.

“Their side included two players who shared in their last success in 1977 – Liam Greene wore the same jersey as he did then but veteran Murt McDonald, who was corner forward then, was now in goals.

Park-Ratheniska’s stay at senior was a short one as they were relegated at the end of the 1995 championship while Ballinakill would finally get their day in the sun later that year – when they proved too good for Clonaslee in the 1995 final.