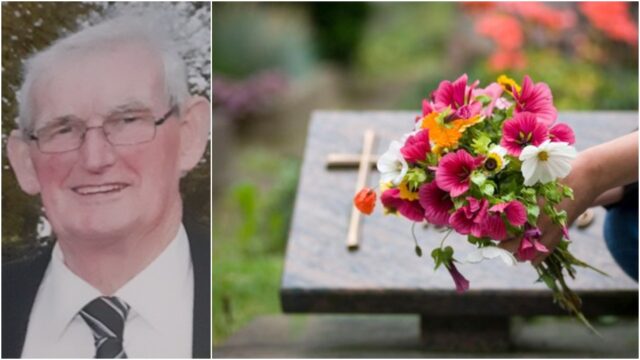 There was sadness in the Cullohill and Durrow areas this week with the death of one of the community’s highly-respected members Larry Mahony.

Aged in his early 80s, Larry was well known across sporting, farming, community and business circles.

He was a renowned hurler who represented Cullohill, Laois and Leinster during a distinguished playing career.

The Mahony family were a driving force in Cullohill and he was part of the Cullohill team that won Laois junior, intermediate and senior championships in successive years in 1953, 1954 and 1955 as well a second senior title in 1964 and an intermediate again in 1973.

Throughout that time he played for Laois and represented Leinster in the Railway Cup in 1966.

Larry worked in Avonmore for a number of years – in Ballyraggett and Ballacolla – and later owned and ran the post office in Durrow with his wife Nancy.

Larry was also a keen and talented golfer where he was a member of Abbeyleix Golf Club and the main man behind the Laois Hurlers Golf society.

He’ll be remembered as a friendly, gentle giant and a man who had a word for everyone.

He is predeceased by his daughter Eilish and brother Jim and sister Joan.

In accordance with the HSE guidelines a private Funeral Mass will take place in Holy Trinity Church, Durrow on Sunday at 11.00 am. This Mass will be streamed which you can view here.

Due to the increased risk of infection, you are asked not to congregate in the churchyard or at the cemetery, in the interest of public safety and in compliance with the current guidelines.

The family thank you for your understanding at this difficult time.