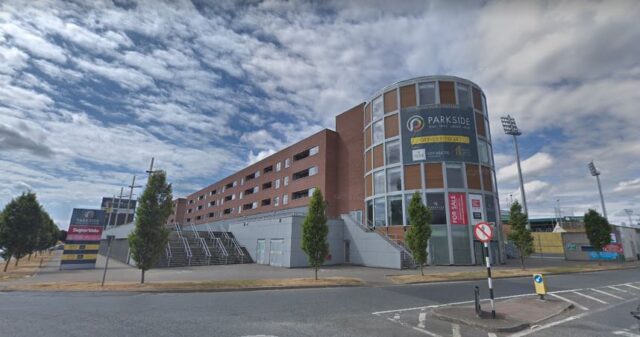 Nyquist Property Limited, a Kildare firm, submitted an application to change the terms of use of a section of Parkside which is beside O’Moore Park in Portlaoise.

This was originally earmarked to be a pub but it was never built.

They wished to change Block A, from licensed premises that would have included a bar, lounge, restaurant and ancillary accommodation at ground level and plaza level, into offices and retail use.

They also applied to alter the plaza and 1st, 2nd, 3rd and 4th floors from office use to housing – comprising of five two-bedroom and five three-bedroom units.

This application was submitted last March and Laois County Council approved it recently.

On land previously owned by Laois GAA, Parkside was officially opened in 2006.

It contains almost 100 apartments as well as a number of retail units.

These include SuperValu and Kelly Lou Cakes but much of the rest of the retail areas remain vacant.