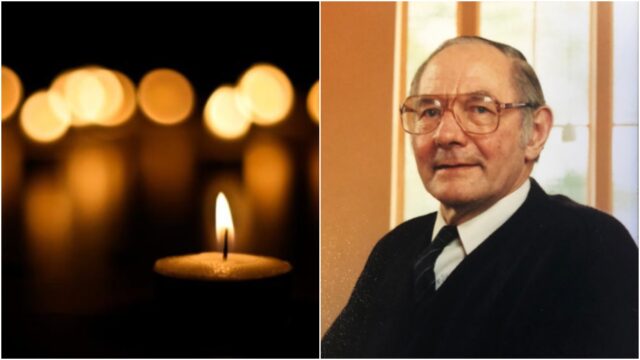 The death has taken place of Terry O’Connell from Vicarstown, a legendary Laois football figure of the 1950s.

Terry, who won two championships with Annanough in 1951 and 1956, was one of only five Laois men to play with Leinster in that decade at what was the height of the famous Railway Cup competition.

He was the only Laois representative in 1956 and 1957 and only Tommy Murphy from Graiguecullen, Paddy Dunne from Park, Jack Kenna from O’Dempsey’s and Ballylinan’s Fintan Walsh were selected for the province in the 1950s.

When Annanough purchased their own pitch in the early 1980s, it was a section of Terry Connell’s land that they bought to develop the club’s own playing facilities. A large community hall was also built on the same site.

He was honoured by the club at a Lá na gClub event in 2010 while the surviving 1956 team were guests at a club Dinner Dance in 2016 to mark the 60th anniversary of that triumph.

Terry, who farmed in Vicarstown with his wife Julia (nee Miller), was a friendly, outgoing, energetic man.

Reposing at his residence until the removal Saturday at 1.40pm to arrive at the Church of the Assumption Vicarstown for Requiem Mass at 2 o’clock. Interment to follow in Moyanna cemetery.

Terry’s Requiem Mass and interment will be live streamed on https://www.whelehanfunerals.com/terry-oconnell

Due to Covid 19 restrictions a private family funeral will take place.

Sympathisers are welcome to stand along the route to the church and cemetery and in the precincts of the cemetery grounds. Social distancing to be observed at all times please.

The O’Connell family would like to thank you for your co-operation, understanding and support during this sensitive and difficult time.