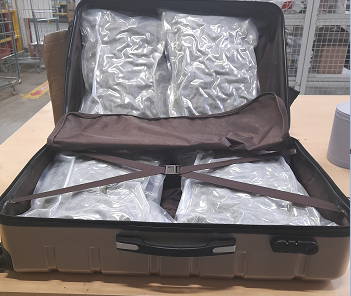 Gardaí have today seized Cannabis with an estimated value of €192,000 following a joint intelligence led operation conducted with the Revenue Customs Service.

This came following the search of a vehicle in the Portlaoise area – understood to be in Lyster Square.

LaoisToday understands that around midday, unmarked Garda cars surrounded a vehicle in that area.

This resulted in the discovery of 9.6 Kgs Herbal Cannabis with an estimated value of €192,000.

A 27 year old man and a 28 year old woman were arrested at the scene and taken to Portlaoise Garda Station.

They are currently detained under Section 2 of The Criminal Justice ( Drugs Trafficking) Act 1996.