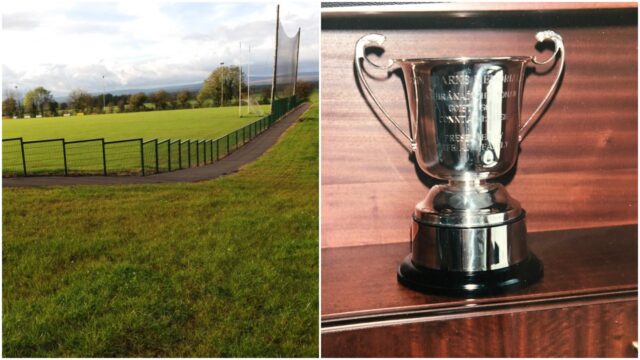 A Laois family have launched a search to locate a trophy that is very special to them.

The Hearns family, from Raheen, donated a Perpetual Trophy for the winner of the Laois Scor singing competition.

This trophy was given in memory of the late Johnnie Hearns.

A well known man in GAA circles, Johnnie spent many years as a referee and the pitch which Colt play on is named after him.

And now his son Dominic is hoping to recover the trophy and get it back into circulation.

Dominic said: “I think it was around 15 years since the trophy was last seen and we would love to get it back.

“This cup was meant to have been handed back each year for the new winner of that competition.

“Unfortunately the link was broken along the way and we do not know the whereabouts of this cup.”

If anyone has any information on the whereabouts of the trophy, they can message LaoisToday.