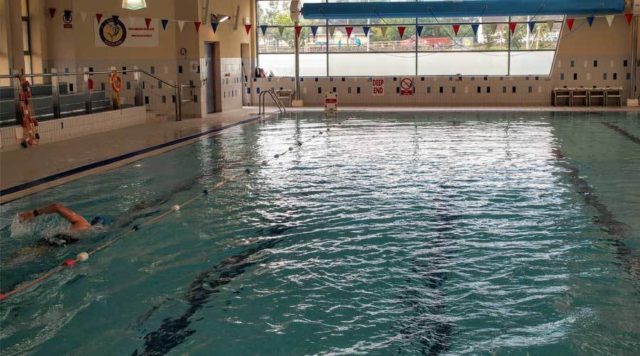 €72,582 has been allocated to six swimming pools in Laois in an effort to support their ongoing maintenance and running costs while they are closed as a result of Covid-19.

Welcoming the news, Fianna Fail TD Sean Fleming said: “The government recognises that as the swimming pools are closed during the current Level 5 restrictions, there are ongoing costs in maintaining the pools while closed.

Tthis is part of a nationwide scheme and I am pleased that all the pools in Laois have benefited from this.

“The vast bulk of this funding is being paid out immediately and a small instalment of this amount has already been provided to each of the six swimming pools in December.

“It is important to keep these sporting and leisure facilities in good order such that when it is safe for people to return on a phased basis they will be ready to re-open at the highest standard they have always operated at.”

Meanwhile, Sinn Fein TD Brian Stanley says that Laois has been ‘left out’ of a new government housing scheme.

Speaking in the Dáil this week on the Government Land Development Agency Bill (LDA), Mr Stanley says the bill will ‘will only assist in the development of sites in areas with populations over 30,000. That will exclude all of Laois and Offaly’.

The Laois TD said: “It is disappointing to see another housing measure that is based on the conservative ideology by both Fianna Fáil and Fine Gael.

“Unfortunately, it will fail to deliver social housing. In reality, this piece of legislation will increase house prices and push affordable homes further out of reach of ordinary workers and families. This is a bill for developers.

“There are serious problems in housing provision for workers and families whose income is just above the threshold for council housing, but not high enough to ever get a mortgage from a lending facility.

“Trapped in private rental housing without rent controls or security of tenure. The Governments Land Development Agency will do little to resolve that issue and will most likely make it even worse.

“I also want to highlight that we have the Land Aggregation Scheme which currently manages five state-owned sites in Laois alone. There is a total of 40 acres suitable for housing, but the State has no plans in place for housing development on those sites.

“I note that the Governments Bill will only assist in the development of sites in areas with populations over 30,000. That will exclude all of Laois and Offaly.

“There has been much said about local authorities ability to deliver. Laois county council, a small local authority, will house 150 families in new housing in the space of six or seven weeks.

“This shows that even small local authorities have the ability to deliver new social housing.

“I want to highlight a number of provisions in the Bill. It defines affordable housing as ‘the median price’ in that particular geographical area.

“The issue is that the median price is calculated on all modest homes and mansions. The Minister knows that this pulls up the price artificially and makes it too high for the people looking to buy. It’s an inflated cost that the average family or worker can’t afford.

“Secondly, the legislation compels the LDA to pay the full market price for land from public agencies, even if the land had a low, existing use value. This will drive up land inflation and therefore the cost of LDA homes.

“Thirdly, you are now establishing another layer of quangos to be called “designated activity companies”. Some of them will be joint ventures, which strips power away from democratically elected councils.

“Sinn Féin has published its alternative to the Governments legislation. We have a detailed proposal for a new agency with strong CPO powers that will deliver an average of 20,000 council homes annually for 5 years.

“The homes will be a mix of affordable to purchase, social and cost rental. We mean truly affordable for low and middle income workers. That group which is stuck in the middle and locked out of owning or renting a home.’’