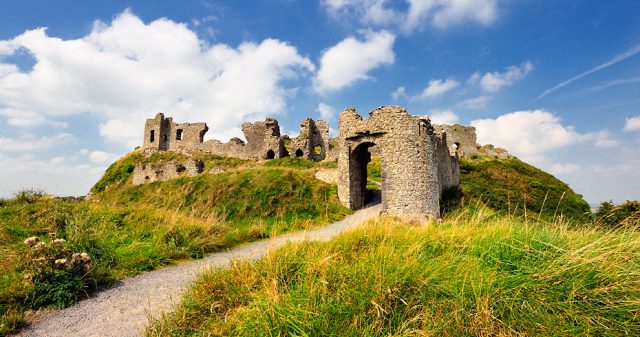 Gardai in Laois issued fines to a group of people who travelled more than 100km to visit the Rock of Dunamase.

They had come to the area to visit the ‘shops and sites’ and were clearly in violation of Covid-19 guidelines.

Gardai said: “Portlaoise Gardaí out and about patrolling found a group that had travelled to the Rock of Dunamaise.

“They lived approximately 100km away. They had decided to visit shops and sites.

“We love tourists but not at the current time. Fixed charge notices issued.”

They said: “Laois Roads Policing Unit on patrol in Clonaslee  stopped a vehicle travelling at 92kph in the 50kph zone.

“The driver gave a false name to Gardaí when stopped but was subsequently identified and discovered to be disqualified from driving through the Garda Mobility App.

“The driver was arrested and has been Charged to appear before Portlaoise District Court.”