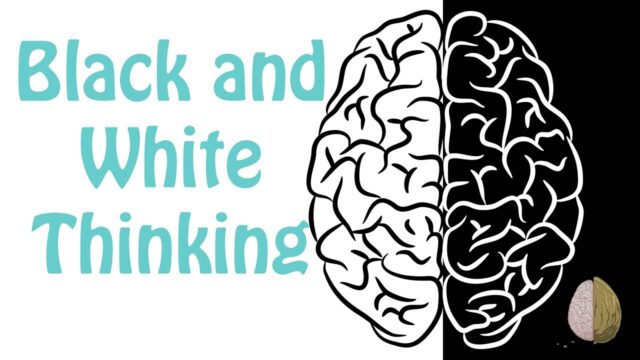 Sources suggest we’re going to be stuck in a lockdown morass until May. Two weeks ago I said we would look at other things we can do to keep us feeling positive whilst living restricted lives.

At that time we explored some general tips for remaining upbeat, today let’s talk about something more positive.

If you’re struggling with anxiety or depression at the moment, it is highly likely that your thinking has become very black and white. Stating that generally people’s lives are mundane for the most part, my own included, won’t shock anybody.

After all, the reason soap operas appeal is that characters on EastEnders, Coronation Street, Emmerdale and Fair City live out an existence far removed from normality where they never stop fighting, getting it together, breaking up and invariably trying to kill each other at any given moment.

Most of us, even the most ardent soap fans, also acknowledge that this is unrealistic. Ordinary people don’t experience a never-ending cycle of drama.

The peculiar thing about anxiety and depression is that it in a sense makes our lives more dramatic. We start to think about things as either complete positives or total failures.

A simple example; you’re studying for an exam and you would love that A. The test comes and goes and you end up with a B.

Is that failure? Really? But when we’re in an anxious or depressed cycle all rationality can go out of the window very quickly.

Imagine you are going for a promotion. You don’t get it. Is that catastrophic? Sure it’s annoying, mildly upsetting even but you still have a job which provides a roof over your head and food in your stomach.

I saw a post on Facebook recently saying “the job you hate is the dream of the unemployed, the home you want to move from is the fantasy of the homeless and your family and friends who irritate you are the utopia of the lonely”.

A really useful activity when you are feeling low and get stuck in a cycle of “everything is either brilliant or it’s a disaster” is to think of the situation which is causing you concern. Now, on a piece of paper, draw three circles next to each other:

So for example, say I was worrying about paying an electricity bill.

Then I look for evidence to prove each scenario. For example, “I have always managed to pay the bill before”.

Once this is all done, ask yourself which situation is most likely.

This gives you opportunity to think through your problem and, with evidence, come to a reasonable view on your difficulty.

Try it and see does it ease your black and white thinking!