It was a double celebration in one part of Laois on Mother’s Day as one of our oldest inhabitants entered her 100th year.

Mollie Ryan (nee Maher) is a mother, grandmother and great-grandmother who hails from Borris-In-Ossory in Laois.

She was born on March 14 in 1921 and has lived at home on the family farm in Kilmartin for an entire century.

Mrs Ryan worked all of her life as a tailoress – a top quality dressmaker who specialised in bridalwear.

She made clothes for many people in Borris-in-Ossory and the surrounding areas.

Mollie trained with Peter and Edie Sheridan in her home village, Edie was formerly Edie Rice of Mountrath and Peter was originally from Bunclody in Wexford – both were exceptional tailors.

Some of Mollie’s products were sold in places like London and New York through the Kavanagh Group.

They were once based in Borris-in-Ossory and had a big drapery business in London.

She had her workshop on the family farm and juggled her sewing machine with raising her children John, Mary, Evelyn and Teresa – and the late Noel who passed away as a child.

Her first sewing machine was actually bought in 1935 by Mollie’s uncle John Maher who was a World War I veteran.

Mollie was married to Peter Ryan, who passed away 18 years ago, and he was a builder and a farmer.

She was delighted to receive the first dose of the Covid-19 vaccine a few weeks ago and son John says she is in great form.

He said: “She has been in the same place for one whole century and there aren’t too many people who can say that.

“She is in great form and we all pitch in here to look after her – but in saying that, she doesn’t take much looking after!”

Photographer Alf Harvey was in Borris-In-Ossory to capture some great pictures as Mollie celebrated her big day: 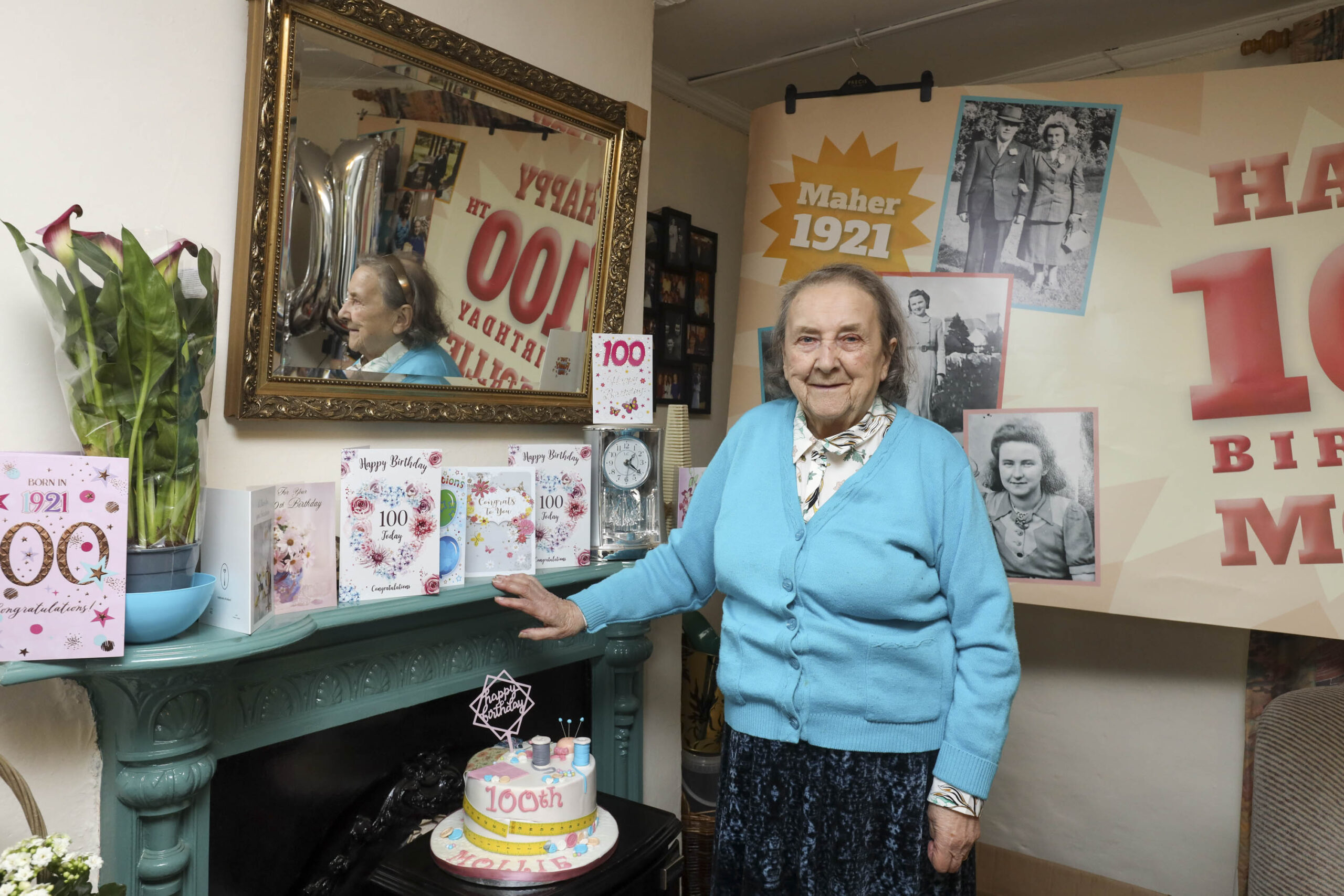