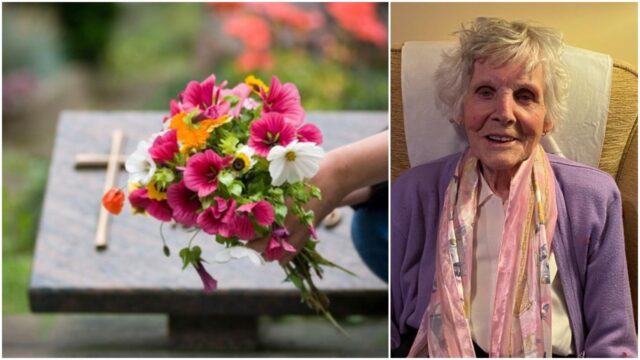 There is deep sadness in Rathdowney today following the news that Hannah Finane has passed away.

Hannah, who would have been 101 in May, passed in the tender care of the doctors, nurses and staff of Portlaoise Regional Hospital.

She is predeceased by her husband Michael and her daughter Noreen.

To great fanfare last year, the people of Rathdowney and further afield came together to wish her a happy birthday as she turned 100.

Fr Martin Delaney said a special mass for her on the day and speaking about Hannah back then, he gave a flavour of what she was like.

He said: “Hannah is an incredible person and she is much loved in Rathdowney. She has had a tough life as her daughter Noreen passed away and so too have three of her son’s wives.

“Back six years ago, she was to have a hip replacement and it was cancelled three times due to different complications but she was determined to have it.

“She eventually did at 94 and it gave her a whole new lease of life. Every time you meet her she has a smile on her face.”

Due to the COVID-19 Directive a private funeral has been arranged.

You are asked NOT to congregate in the churchyard or in the cemetery in line with current guidelines and in the interest of public safety.

The Funeral Mass will be live streamed on Saturday, March 20th, at 11 o’clock (parishwebsites.ie/rathdowney) followed by interment in Bealady Cemetery.