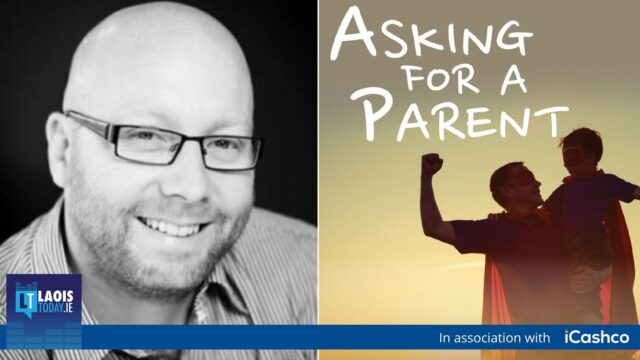 Children that haven’t yet learned socialising skills could become fearful of mixing according to Carlow-based child psychotherapist Dr Colman Noctor.

Speaking recently on the LaoisToday Podcast, he said that “socialisation is a muscle, you have to keep using it or it gets underused”.

“Social interaction has become a chore rather than something we used to enjoy,” he said.

“My own son, he says he has nothing to say. For me that is a worry. The hope as that life returns – we’re on pause at the moment – once you press play again … once we have something to talk about again, we will do it.

“But for children who haven’t learned that skill yet, there is the worry that they will become fearful of (socialising).”

And he also addressed the issue of the continued absence of sport for young people.

Again referencing his own son, he said he lost interest in sport as the lockdown dragged on but has been re-energised since returning to school.

“He was like ‘no matches, what’s the point. He used to live for his training. He just had lost all appetite.

“To see him back practising and pestering me to go out, I ran out, delighted to do it where I would have rolled my eyes a year ago.

“90% of children go to sport to see their friends and have fun. That’s the purpose of it. The winning, the losing is only the 10%.”

And Noctor, who has a weekly column in the Irish Examiner and hosts his own podcast Asking for a Parent, also spoke about the simple things that children enjoy – as well as the huge effect of so many big things in their lives being cancelled this past year.

“Children love experiences, they don’t love things,” he said, referencing a study he was involved in.

“They were all talking about when they built a fort in the sitting room with the cushions – they were things that stood out. Like going to a match and they got a puncture laughing at dad trying to fix it.

“Experiences create feelings, they create memories. We do have to realise – they will outgrow things but will find a different way of connecting. They’re still looking for the relationship and connection but on different terms.”

“There’s massive loss,” he says in relation to events like a debs or a sports competition that young people may have missed out on.

“The debs is something a girl could have been thinking about from her first day secondary school. It’s a big process rather than just a night.

“Or someone who is playing senior hurling in 6th year – since he was in third class he could have been dreaming about that. And it’s cancelled. Looking back as adults you can think it’s not the biggest thing in the world but for them it’s huge.”

But despite all that has changed in the world, he does believe that parents raising their voice or losing their temper every so often isn’t necessarily a bad thing.

“I really struggle with the parenting advice, you have to always be calm, you have to love every minute. Nonsense.

“Parenting is bloody difficult. There are times you want to be pulling your hair out and be anywhere but there and that’s fine.

“Everything in reason but I don’t agree that you have to have this placid tone all the time and you have to be calm and get down to their level.

“Because then a child doesn’t know what they’ve done has upset someone. They’re not going to be able to read a room.

“If you’re shouting and roaring all the time it just becomes white noise so it doesn’t have any impact.

You can listen to the interview in full on Apple Podcasts or Spotify or below on Soundcloud.