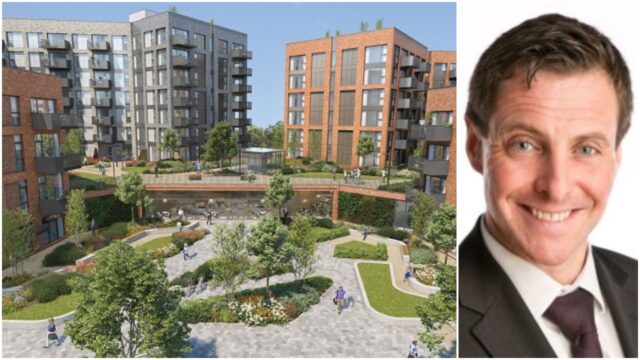 A Laois man has been appointed as the Managing Director of a prestigious international property development group.

Ballymore recently announced that Abbeyleix native Patrick Phelan will head up the company’s operations in Ireland.

Linda Mulryan-Condron, daughter of CEO and founder Sean Mulryan, will serve as Deputy Managing Director of Ballymore in Ireland.

The company say that these leadership appointments in Ireland are in response to increased activity in both suburban housebuilding and in several key mixed-use developments in central Dublin.

Formerly Ballymore’s Director of Corporate Finance, Patrick is a real estate professional with broad experience in the UK, Ireland and the US, acquired over a 25-year career.

Prior to joining Ballymore, Patrick was a Director with CBRE – the world’s largest commercial real estate services firm.

While his previous employers also include the NTMA, JPMorgan Chase, Bear Stearns and PwC.

Announcing the appointment, Sean Mulryan, Chairman and Group CEO of Ballymore, said: “We have invested significantly in our Irish landbank over recent years, having acquired a number of large sites for residential and mixed-use projects.

“In this newly created role, Patrick will manage the execution of Ballymore’s growing Irish development portfolio whilst enhancing the existing Ballymore team and skillset in Dublin.”

“Linda and I look forward to building on the success of our Irish team, strengthening our existing partnerships with customers, investors and our funders.

“We have immediate opportunities to deliver contemporary city living, alongside retail and office space in historic locations such as St. James Gate, Connolly Station and promising new acquisitions on the waterfront in Bray.

“We continue to invest in the most desirable and sought-after suburban locations such as Malahide, Naas, Leixlip, Newbridge and many others.

“We welcome the opportunity to grow further and build new relationships with those who share our vision.”

SEE ALSO – More than 23,000 Covid-19 tests carried out in Laois since pandemic began – but not on a Sunday