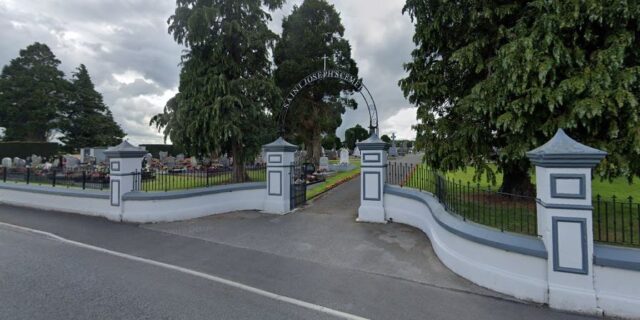 Gardai say they are continuing their investigation in relation to an alleged assault at a Laois graveyard last month.

Gardai were called to the location and four men were subsequently arrested and charged with the assault of another person.

The four, three aged in their 20s and one in their 30s, subsequently appeared in court.

A Garda spokesperson said: “Gardaí are investigating an incident of assault that occurred in a cemetery in Mountmellick, Laois on March 23.

“Four males (three aged in their 20s and one in his 30s) were arrested and charged in relation to this incident.

“As this matter is before the courts, it would be inappropriate to comment further.”

SEE ALSO – More than 23,000 Covid-19 tests carried out in Laois since pandemic began – but not on a Sunday