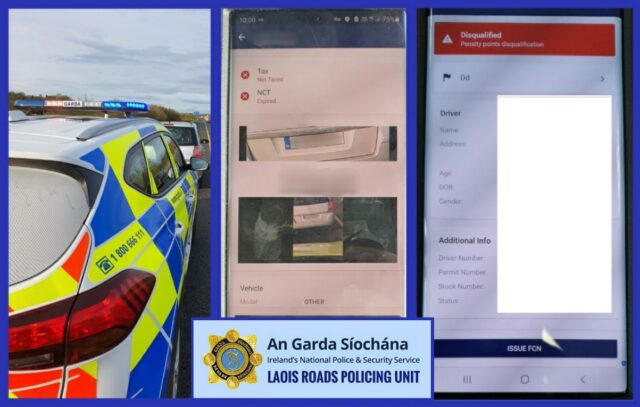 Laois Gardai made an arrest and seized a vehicle following an incident this morning.

The Roads Policing Unit were on patrol when they were alerted through a number plate recognition number that a vehicle had not been taxed for almost two years.

When stopped, Gardai also found that the driver had been disqualified for accumulating too many penalty points.

Gardai said: “Laois Roads Policing Unit on patrol this morning were alerted through ANPR about a vehicle out of tax for 555 days.

“This vehicle was stopped and with the Garda Mobility App the driver was discovered to be disqualified from driving as a result of accumulating too many Penalty Points.

“Driver arrested and charged to appear before Portlaoise District Court.

“The vehicle has also been seized.”