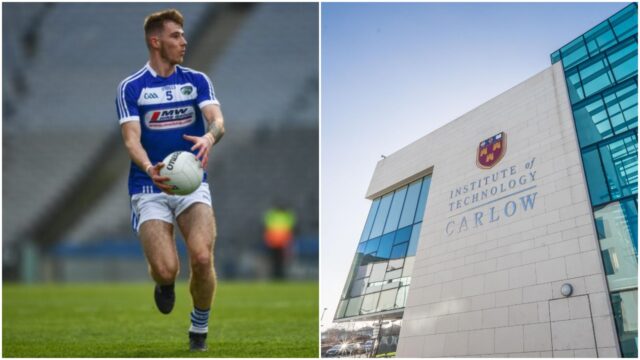 These brand new awards have been split into six different categories.

The nominations for each category are being released throughout the week – and a Laois footballer has made the shortlist in the first of them.

Graiguecullen and Laois defender Trevor Collins has received a nomination in the Scholar of the Year category.

The IT Carlow student received high praise for his contribution to the college and his commitment to participating in the college community.

He will be up against Cork’s Lorcan McLoughlin of DCU and Waterford’s Calum Lyons of WIT.

The GPA said: “Inter-county players are leaders within society and their communities and the GPA Excellence Award’s purpose is to promote and celebrate our member’s positive work off the field of play.

“The GPA Excellence Awards categorize themselves under the GPA’s three pillars; Representation, Development and Welfare.

“Nominations were collected from the male and female membership, from within the GPA, from our education partners, and also from our selection committee.

“With so many wonderful nominations received, our selection committee, which includes both GPA and WGPA chairs, and an independent panel member, then had the difficult task of selecting the top  nominations per category and also one overall category winner.”

The Scholar of the year will be announced on Monday April 19 – best of luck Trevor!