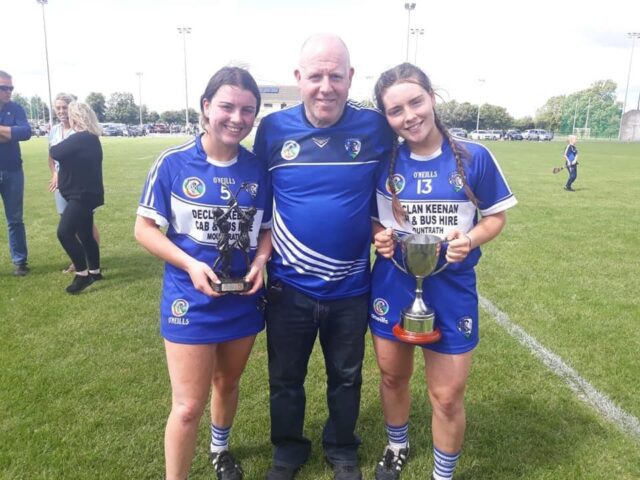 A well-known Laois man has been elected as the new vice-chairman of Leinster Camogie.

Barney O’Connor of The Harps, who is also chairman of Laois Camogie, was confirmed in the role recently.

Originally from Ballybrittas, O’Connor has been entrenched in Laois Camogie for many years.

His daughters Molly and Lucy both play for Laois at senior level while son Jim was on the Laois minor hurling panel last year.

Barney will serve as deputy to Linda Kenny of Carlow who is the chairperson.

His club, The Harps, paid tribute to Barney following news of his election.

They said: “Congratulations to Barney O’Connor who has been elected Vice chairperson of Leinster Camogie.

“Please join us in congratulating Barney and wishing him all the best in his new role.

“As many of you may know, Barney is our former chairperson and has always been such a strong advocate for Camogie holding the position of Laois Camogie chairperson also.

“Barney has always given up so much of his time and been such a valuable asset to our club and Camogie broadly.

“We are honoured as a club to have our former chairperson and current member play a role at Leinster Level!