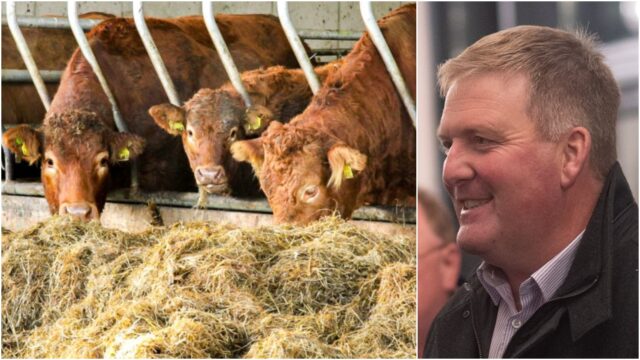 Declan Hanrahan, a suckler and beef farmer from Borris-in-Ossory, has been re-elected vice-chairman of the IFA livestock committee.

Hanrahan is the current livestock representative for Laois and was re-elected today following a postal vote of the IFA livestock committee.

He originally came into the role last August after succeeding Brendan Golden, who was elected to the position of livestock committee chair.

A postal ballot of the IFA livestock committee was held to ensure Government guidelines for COVID-19 were observed.

He takes up the role immediately as he had been serving as Acting Chairman since Tom Phelan stepped down.

IFA National Returning Officer Martin Stapleton said there had been a large return of postal ballots for the two positions.

He said: “Since National Council decided to hold elections remotely to comply with COVID-19 restrictions, our members have responded positively to the new postal system.

“We are determined to fill all positions as they fall vacant.”