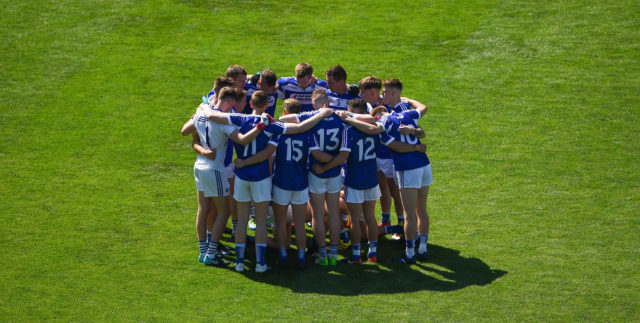 The Laois footballers have been drawn to play Westmeath in this year’s Leinster championship.

The draw was made this morning on RTE Radio 1 with Laois given a bye to the quarter-final as they reached the semi-final in 2020.

It will be the third time in four years for the counties to meet at the quarter-final stage with Laois winning the 2018 and 2019 clashes.

In the quarter-finals, as well as Laois playing Westmeath, Dublin will meet the winners of Wicklow and Wexford, Meath play Carlow/Longford and Kildare meet Offaly or Louth.

The semi-final draw will only be held after the quarter-finals in the summer.

The football championship will again be straight knockout this year with no qualifiers for the teams beaten in their provinces.

The Leinster championships are scheduled to begin on the weekend of June 26/27 with the quarter-finals like to be a week or two later – on July 3/4 or 10/11.

The Leinster final is scheduled for July 31/August 1 though once again the shadow of the all-powerful Dublin hangs over the province. They are seeking a seventh All Ireland title in a row and a 16th Leinster success in 17 years.

Before that, Laois will have three games in Division 2 South of the National Football League. The exact fixture details are set to released this week though it’s known that Laois’s opponents will be Clare, Cork and Kildare.

The league games will be played over successive weekends beginning on May 15-16 with the semi-finals and relegation playoff games on June 12-13. There will be league finals on June 19-20 but only if the teams that qualified aren’t playing championship on the following weekend.

Draw will be made after the quarter-final