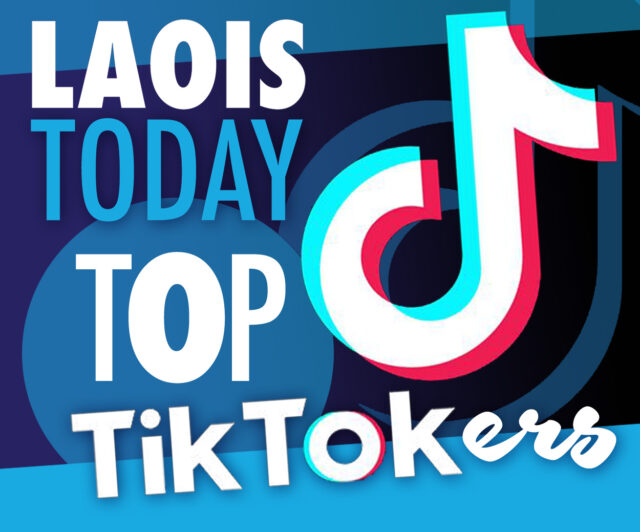 TikTok is huge all the over the world at the moment, and with TikTok-ers popping up all over the county, Laois is no exception.

For those who don’t know, TikTok is a video-sharing social networking service owned by ByteDance, a Beijing-based company founded in 2012 by Zhang Yiming.

It was tough, but our top secret judging panel has narrowed it down to 25 of the best.

We have some very funny teenagers, teachers, farmers, footballers, and even RTÉ presenters.

Niall plays Rugby and has some hilarious videos on TikTok.

Niall is a primary school teacher from Raheen and had a thrilling series on his TikTok about the lifecycle of tadpoles. We hope he brings it back!

Deirbhile’s TikToks are aesthically gorgeous and show some lovely spots in Ireland.

Cian Coss is a student who shares the antics of his family and friends. Some excellent, classic Irish comedy.

No patience at all #irish #fyp #da

Laura Miller from Timahoe shares a snippet of life on a farm, and has recieved 27.9K likes on her page!

Elizabeth is a trainee solicitor and vlogs her daily life, even documenting her experiencing completing FE1 exams. Really impressive!

Dan Cremin from Portlaoise makes random TikToks about working in Supermacs, his dogs, and pop culture. He has gotten quite a number of views on some of his videos.

Let me take your order#supermacs#ireland#snackbox#backtowork#fy

Adam Duffin makes TikToks about travel and they’re both relatable and funny. He has hit more than 20K views on some videos!

Based on a true story… #fyp #Ireland #Éire #coming2america#youwantme

John Shiel is making the list for the second year in a row due to his comical farming videos.

Louise has hit over 20K followers on TikTok. She is really funny and makes videos of trends, GAA and sport in general.

Ricky Maher is a Portlaoise Senior Footballer and has made some hilarious TikToks about it!

Anyone else as excited as me?? #gaa #irishtiktok #fyp #foryourpage

♬ Killing Me Softly With His Song (Remix) – Jd

Megan hails from Raheen and has loads of funny TikToks on her page about life as a student and general day to day musings.

i don’t even own makeup pale enough to match #bridgerton

Aava is another teacher on the list, and makes TikToks about Grey’s Anatomy and life as a teacher. She has over 5000 followers.

Sarah has some good videos of her singing, making coffee, and just joining in on TikTok trends.

10/10 would not recommend, my voice caved ?? #iris @googoodollsofficial

Another Tik Tok-er who has made the list for the second year running! The X Factor star has a whopping 18.4 K followers.

Clíodhna from Portlaoise is “Just a múinteoir having a laugh”. Her profile features daily vlogs, make-up tips and some super advice for starting out running.

Brian works with concrete and makes interesting videos about it. He has some satisfying concrete work that’s worth a watch!

Clare from Portlaoise makes hilarious TikToks often featuring her dad. Wholesome laughs guaranteed to put a smile on your face.

David Cuddy from Camross is a logger who makes hilarious videos of his work day to day. He even has his own merch!

Ballyfin’s Eamonn Duff has an impressive 45K followers. He is a Personal Trainer in training and posts workouts, dancing and advice.

Eddie or ‘Nedzer’ focuses his account around farming, GAA, and a bit of everything else!

Lydia is known for her successful business in Portarlington, Blush Beauty Bar. She makes TikToks of her doing makeup looks and has gained quite the audience.

Emoji challenge but make it ✨valentines✨ will u be glam or wearing a face mask, eating chocolate? ? #emojichallenge #galentines #mua

Mary-Rose has a whopping 282 K followers on TikTok and her profile has 5 million views. She is currently doing up an old house and the content is riveting!

Mary-Claire hails from Rathdowney and has made a big splash on TikTok. She currently hosts Ace My Space on RTÉ, but when she’s not on TV, she’s putting together comedic TikTok videos.