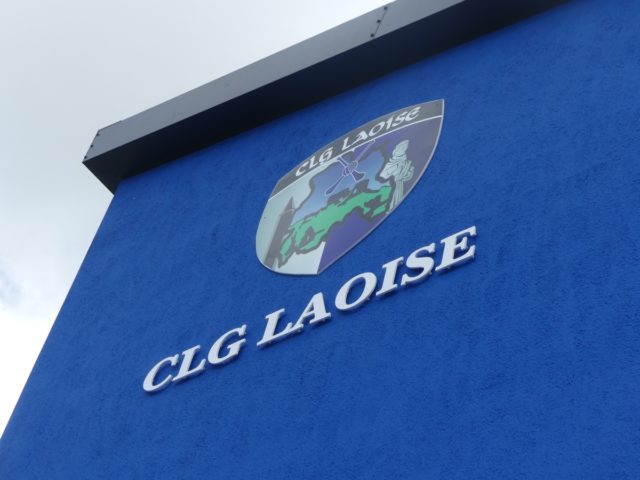 A total of 20 clubs had winners in the first monthly Laois GAA €130 county board ticket draw held on Friday night.

Despite the circumstances this year, there was an increase in ticket sales.

In total the Laois GAA clubs sold over 8,200 tickets combined which is up on the 7,650 tickets last year.

In all, over €1 million worth of tickets were sold by the clubs (the first time to ever break that threshold) meaning it was worth close to €125,000 for Laois GAA.

Alan Stephenson from Rosenallis scooped the top prize of €10,000 while there were a total of 20 clubs represented among the 35 winners in all.

Joe Moore from Stradbally won the €5,000 second prize while Martin Whelehan from O’Dempsey’s took the third prize of €3,000.

O’Dempsey’s had four winners pulled from the draw while Abbeyleix and Clonaslee had three each and Stradbally, Courtwood, Borris-Kilcotton, Ballypickas, Park-Ratheniska, The Heath, Mountmellick and Camross all had two winners apiece.

There will be three more draws this year – one next week and then again on the first Friday in June and July. 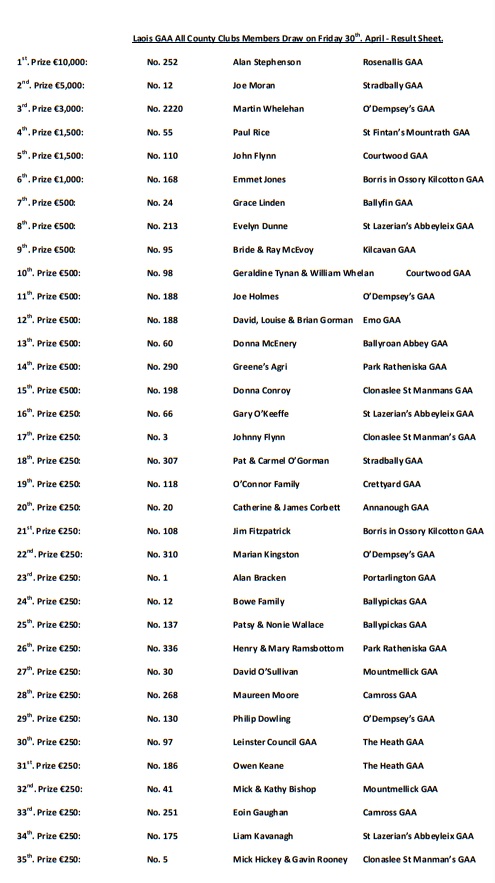