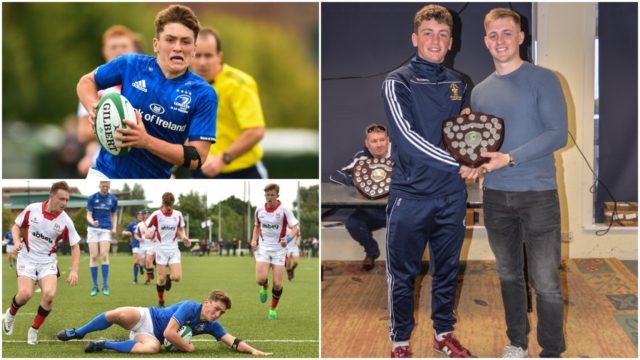 Young Laois rugby player Will Reilly has been involved with the Irish U-20 setup over the past couple of days as he bids to make the squad for the upcoming 6 Nations campaign.

Reilly, who is from Ballyfin, was one of 38 players involved at the IRFU’s High Performance Centre in Dublin ahead of the rescheduled U-20 6 Nations championship which takes place in June in July.

Reilly, who began, his playing career with Portlaoise is now with NUIM Barnhall and part of the Leinster Provincial Talent Squad.

He has already been capped at U-18 level by Ireland and is competing for one of the scrum-half positions on the squad.

Reilly’s family have a strong association with Portlaoise Rugby with his father Ciaran having served as club secretary for a long number of years.

He is also a very talented footballer and played senior championship with Ballyfin last year as they qualified for the semi-final for the second successive year. His blossoming rugby career is likely to limit his involvement in 2021, however.

The players involved in the two-day training camp and trial games all had to be tested for Covid prior to being involved.

“A lot of these guys haven’t had a lot of involvement in rugby over the last while due to the Covid situation.

“It was good to get in touch with them, bring them in and see how enthusiastic and how hard they worked and obviously they are looking for another opportunity and try to wear a green jersey for the Irish U-20s.”

Normally the U-20 competition takes place in February and March alongside the senior game but it didn’t get clearance to take place earlier this year.

Instead it will begin in June with no World Cup being held this year. The exact fixture details have yet to be confirmed.